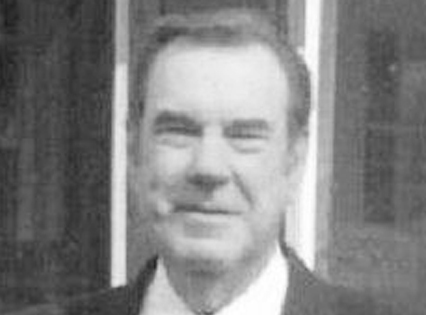 He was born on November 19, 1942, in Boyle County to the late John W. and Mary E. Curtis Sallee. John was a funeral director for Spurlin Funeral Home for 13 years. He retired from the U.S. Navy after serving 25 years as Senior Chief Hospital Corpsman. He was an Aerospace Medical Technician and a Designated Helicopter Rescue Crewman. He flew Search and Rescue Missions and Medical Evacuations for The U.S. Navy and Marine Corps. He served in Vietnam from 1969-1970 with the 1st Marine Aircraft Wing. John was a member of the Stanford Christian Church where he served as deacon and elder. He served two terms on the City Council of Stanford, was a member of Logan’s Fort and American Legion Post 18, as well as being a lifetime member of the VFW and Fleet Reserve Association. John enjoyed helping others throughout his life.

In addition to his parents, he was preceded in death by one son, John W. Sallee III; and two brothers, Billy Sallee and Jimmy Sallee.

In lieu of flowers, donations may be made to Caswell Saufley American Legion Post #18.