Ways to tell a good zoo from a bad one 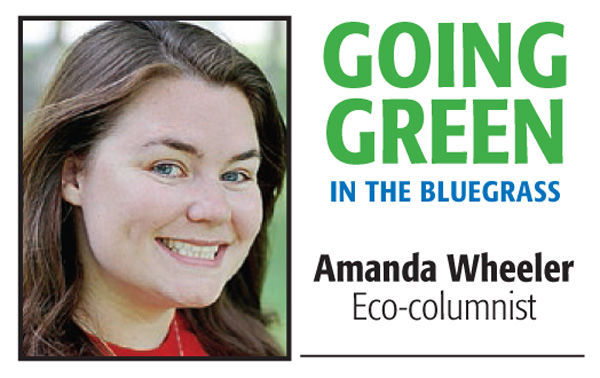 As an animal lover, I enjoy seeing animals and learning about them. I think it’s a lot of fun to take a trip to the zoo and observe animals.

Zoos play an important role in our imperfect world: They educate people about animals, conservation and what they can do to make a difference. That is the goal of a zoo — in addition to many other things like doing research and rehabbing animals or breeding animals that can be released back into the wild.

Zoos have not always been this way though. When zoos first began, there was little thought as to the conditions for the animals and the main purpose was for the entertainment of people. Zoos as a whole have come a long way since that time. Of course, there is always room for improvement.

Some places that call themselves zoos or wildlife sanctuaries still have human entertainment as their main goal. There are a few different ways to tell if the zoo you are at is actually a good place for the animals or not.

Check the Association of Zoos and Aquariums (AZA) website before you go to see if the zoo or aquarium you are going to visit is on their member list. The AZA has standards that the zoos and aquariums have to meet in order to become accredited. If it is an AZA accredited facility, you know they are taking care of the animals in the proper ways and the AZA has already done the research for you.

Here is a link where you can search for AZA accredited places: aza.org/find-a-zoo-or-aquarium.

Just because a zoo or aquarium isn’t listed there doesn’t mean that it isn’t a great place for animals; it just means you might have to do a little research for yourself. For example, I know that at the Salato Wildlife Education Center in Frankfort, they take great care of their animals. Salato isn’t listed on the AZA because it isn’t technically a zoo; it’s run by Kentucky Fish and Wildlife.

Here are a few things you can look for while you are at a zoo or aquarium to decide if the place is good for the animals:

• The animals’ behavior: If the animals are pacing back and forth, that could be a sign that they are stressed. There could be many reasons they are stressed, but being in captivity might be one of them, especially if their enclosure is too small or their habitat isn’t very clean or well taken care of. Pacing by itself isn’t a cause for alarm, but it could be a problem if there are other red flags around the facility.

• Social animals should not be all by themselves. Animals like monkeys are social animals and live in groups, so if you see one by itself, it’s probably not a good sign. This again might not be cause for alarm on its own, especially if everything else seems on the up and up.

If you are at a zoo, aquarium or animal sanctuary that lets you touch wild animals like monkeys and large cats, that is a huge red flag. Touching a tiger is not like touching a goat. Goats have been around people for a long time and are not predators. Animals like lions, monkeys, bears and tigers are wild animals. Even if they have been bred in captivity, they should not be held or cuddled for the amusement of people.

The job of zoos, aquariums and the like is to educate people. If you left a place that let you hold a monkey and you learned nothing about any animals, they are doing more harm than good for the animals, and for you.

Since these places are supposed to be educating the public and helping promote conservation, you can also tell if a place isn’t the best for animals if their informational signs are outdated and worn out. This may show that they are not concerned with education and are likely more concerned with entertainment.

If you are concerned about the welfare of any of the animals when you visit a zoo, aquarium or other animal park, you can contact the Animal and Plant Health Inspection Service (APHIS), which is a part of the United States Department of Agriculture (USDA). If the zoo is east of the Mississippi River, you can email aceast@aphis.usda.gov or call (919) 855-7100. If it is west of the Mississippi, contact acwest@aphis.usda.gov or call (970) 494-7478.

Amanda’s Animal Fact of the Week

An ostrich’s eye is bigger than its brain.
https://pixabay.com/en/ostrich-bird-head-beak-neck-729244/

Dealing with ‘disease’ is more important than treating symptoms