Stanford rethinks how to attract buyers for Cherry property 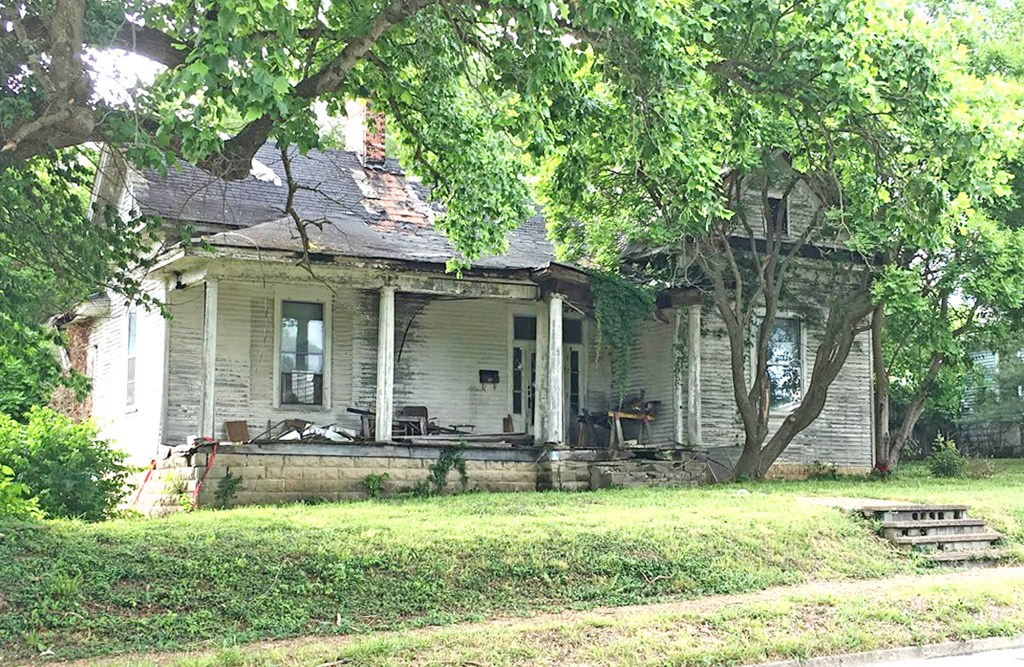 STANFORD — Emotions ran high at the September Stanford City Council meeting as the council discussed how to dispose of the Gatewood Cherry property on Lancaster Street.

All was well as the meeting got underway. After the approval of minutes, City Attorney Chris Reed tackled the first item on the agenda as he opened the first of two sealed bids received on the Cherry property. The city had advertised that it would accept bids in the Aug. 9 issue of The Interior Journal.

The first bid, which was good for only three days after opening, was from First Southern Funding LLC. The bid was $5,000 to purchase the land, with a commitment to spend a minimum of $60,000 on cleanup requirements, demolition needs, stabilization repairs and restoration improvement on the property within the next 18 months.

Things started to fall apart, though, after the letter was opened on Kimberly Deatherage and Chris Patterson’s bid on the property. The bid was $8,000.

Neither Deatherage nor Patterson was in attendance, but Patterson’s father, W.C. Patterson was, and Mayor Eddie Carter questioned him on the bid.

“I was just up here to see who got the bid,” W.C. Patterson said. “I didn’t know they had to do that. They said just put down what you were going to pay for the house.”

“He’s asking you now what you’d like to do?” council member Peggy Hester chimed in.

“Do you have any such idea what you expect to spend to improve it?“ questioned council member Dr. Naren James.

Patterson, whose son owns adjoining property on Lancaster Street, was caught off-guard by the questions but said, “They didn’t tell me that, but the house will be fixed up right.”

With all the confusion, Carter suggested the council put off on accepting any bids. “I think, folks, what we need to do is maybe we should table this and get maybe a plan what the time period is for what … “ he faded off.

While Deatherage’s and Patterson’s plans for the property were questioned, some council members were stunned at hearing the bid totals on property that the city has $20,000 vested in to date.

“These bids are both very low from my standpoint,” he said. “I would be in support of tabling it.”

“We’ve got a right to refuse any and all bids,” Carter said. “We can table until next meeting.”

Reed and some citizens in attendance reminded Carter that First Southern’s bid was good for only three days.

As the argument swirled on what to do with the bids, the meeting took a turn as Ernst questioned the handling of the Cherry property.

“Something was brought to my attention by the code enforcement officer and it’s House Bill 422. I’m afraid we’re going to get ourselves into a corner,” he said. “This property we own … it needs to be torn down just like we’re taking over other properties that we’re condemning and planning on tearing down. How can we go to citizens that we’re taking over these properties and ask them to tear their properties down when we own that property up there and it’s sitting there.”

“What we’re going to set is a precedent if we sell that property in the condition that it is in and then give whoever a time frame to repair it. That’s what’s going to happen to these other properties that we’re condemning and wanting torn down.”

“The houses we’re condemning out here and tearing down or getting ready to tear down are not savable,” Carter said. “It’s savable, Scottie. An architect has looked at it. Several different ones.”

“Garland Vanhook — he’s a pretty good architect,” Carter answered. “I honestly suggest to the council that we table it ‘til next meeting and see if they want to reject these two bids. If they want to come back and give us another bid and a short time frame on fixing it up or something.”

Ernst and Carter continued to disagree.

“We need to follow our own regulations,” Ernst stated.

“I agree to that, too,” said Ernst. “But we’ve got to follow our own ordinance.”

Reed said Kentucky House Bill 422 allows the city to take possession of property but that it has to follow certain steps to get rid of property. He said they have the right to bid or demolish.

After all the debate, Deatherage and James still said that the two sealed bids were too low because they thought the council had talked about the minimum bid being $20,000.

With attention brought back to the bids, Hester asked if bids were required to include plans for the future of the property.

“It’s in the paper!” Carter exclaimed. “Let’s just table it.”

“We’re trying to discuss it and you want to table it,” Ernst jumped in.

“I’d like to suggest that if it’s in the paper under the legal notices, that the council is informed of the wording of that,” Hester exclaimed. “When you sent us out to see if there was anybody that would like to bid on this property and you tell them to go down to city hall and submit your bid. I had no idea. Ronnie said he didn’t. I didn’t know. I didn’t know how it was worded.”

“It was in the paper,” Carter said.

“It wasn’t on the front page, was it?” Hester snapped back.

“It was in the classifieds, Peggy,” Carter said.

“Nobody had told me when it was going to be in the paper,” she said. “It would have been nice to have been told in the meeting that this ad was coming up in the paper next week so we’d know the wording. I don’t want to go out and tell W.C. or whoever else, ‘Go submit your bid.’ I didn’t tell him to say what he wanted to do with the property. I figured if he buys it, it’s his property.”

Ernst asked that since First Southern had given their terms in their bid, that Deatherage and Patterson let the council know what they were going to do and the time limit of when they would start and finish, as the bank did.

The issue of the Cherry property and the two bids did not end with Ernst’s request.

A “What? Yeah!” rose from the audience.

“Would you be interested in bidding on this house,” Carter asked.

“I told you what to do to start with where you’d get top dollar,” said Owens.

After trying to switch the subject, asking, “When can I have my citizen’s comments so I can go?” Owens responded.

“I told you what to do on your house,” he said. “Go up there and look at that Baughman house (Danville Avenue) and the Grimes house (Cut-Off Street) and they were in pretty bad shape. I know what to do. That (Cherry) house has a lot of character for Stanford. … It would make one of the prettiest houses in town.”

Dr. James made a motion to table bids until next council meeting; Sara Givens seconded the motion.

“Can I say something?” Patterson asked. “I was under the impression that this was a sealed bid, an actual auction sealed bid and that the highest bidder got the property. I was under that impression. Nobody told me anything different, Nobody.”

“It’s in the paper. We have the right to reject any or all bids,” said Carter.

“Is the bidding process over?” James asked.

“Would you want to reject the bids and rebid it,” said Carter.

After rescinding the previous motion, a new motion was put on the floor to reject the two bids and to rebid it, with the request that there are some details on what they are going to do to property.

Carter quickly brought the issue of an auction of the property back up.

“Would you want to auction it off? Tommy brought up a good point back there,” he said. “It doesn’t have to be absolute. Would you all want to go that route? We’re still in discussion.”

“We can always reject if not absolute,” said Deatherage.

“That’s your best bet,” Owens said. “Absolute auction. Sell the damn thing. People will come by. I’m going to be there. I’ll bid on it. I’ll probably beat most bids today.”

The motion on the floor was to reject the current bids and put the property to absolute auction with the stipulation that it is made structurally sound and to code within six months, with the addition of the reversal clause that the property returns to Stanford if new owners do not bring it up to code.