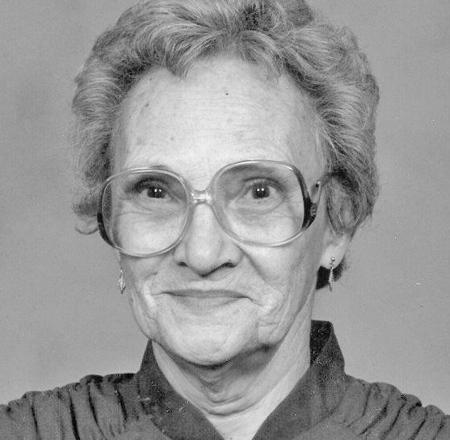 Born, June 15, 1919, in Waynesburg, to the late John Reece and Emma Falconbury Reece. She was the widow of Fred R. Short. She worked for most of her life as a nurse aid. She was a member of the Logan-Whitley Chapter DAR and was a Kentucky Colonel. Pearl worked tirelessly in behalf of several children’s charities. She was also a member of Watson’s Chapel Christian Church.

In addition to her husband and parents, she was preceded in death by an infant son, Charles Short; one brother, Frank Reece; three sisters, Magdalene Sims, Opal Hannah, and Elveree Hatter.

A one-day service has been scheduled for Saturday, September 8, 2018 at Spurlin Funeral Home in Stanford. Visitation hours will be from 11 a.m. to 1 p.m. The funeral service will be at 1 p.m. with Bro. Sherman Floyd officiating. Burial will follow at Middleburg Cemetery in Middleburg.

In lieu of flowers, donations may be made to the Logan-Whitley Chapter DAR or March of Dimes.