Lady Pat volleyballers improve to 7-1 with another sweep 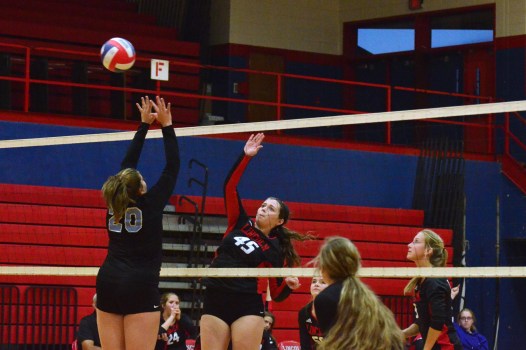 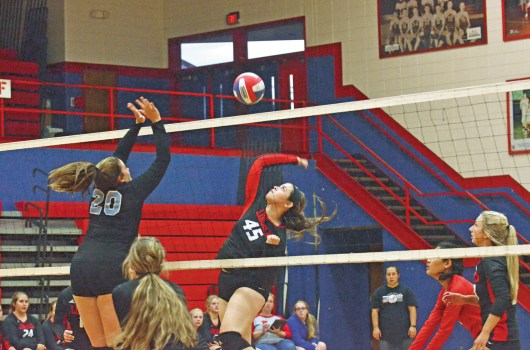 Photos by Nancy Leedy CASEY COUNTY’S Mylee Poore (20) tries to go up for a block on this return by Lincoln County’s Kasie Mullins (45) but it would be too late to cut off the Lady Patriot hit in the second set of Lincoln’s 3-0 sweep of the visiting Lady Rebels. 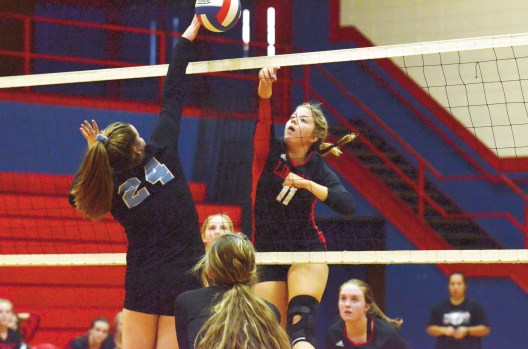 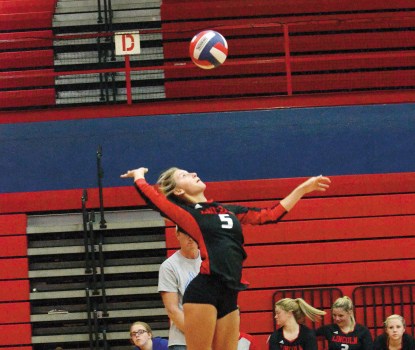 “I like games like these,” Lincoln coach Samantha Torres said of the sweep. “It allows me to get in more players and spread the time around. It’s nice.”

There are 15 players on the Lady Patriot roster and Torres used 14 in Tuesday’s win.

It’s no surprise that the current Lady Patriots are finding success on the hardwood. After all, almost all of the team members played on last year’s team, which finished with one of the best records in the 12th Region at 22-7.

“It’s experience, really,” Torres said. “They’ve played together for four or five years. They played club together and they played middle school together … it’s just time together and consistency. They are all very competitive, too. They all do what they need to do individually so it works well as a team.”

Lincoln trailed only twice in Tuesday’s match. Casey (10-7) led 1-0 to start both the second and third sets, but it was all Lincoln the rest of the way.

The Lady Patriots slowly built a 17-8 advantage in set two before moving on for a 25-18 win and, in the third set, they used a late 10-5 run to put the Lady Rebels away.

Jasmine Whited served up the first seven points of the opening set to set Lincoln on course for a 25-11 first-set win. The senior setter finished with 17 assists.

Senior outside hitter Taryn Johnson led the Lady Patriots in kills, with eight for the match.

Lincoln’s next match is today (Thursday) at Mercer County. The Lady Patriot freshman, junior varsity and varsity teams will be playing with the varsity match to start at approximately 7:30 p.m. The Lady Patriots will be participating in the Lady Rocket Invitational at Rockcastle County Friday and Saturday.