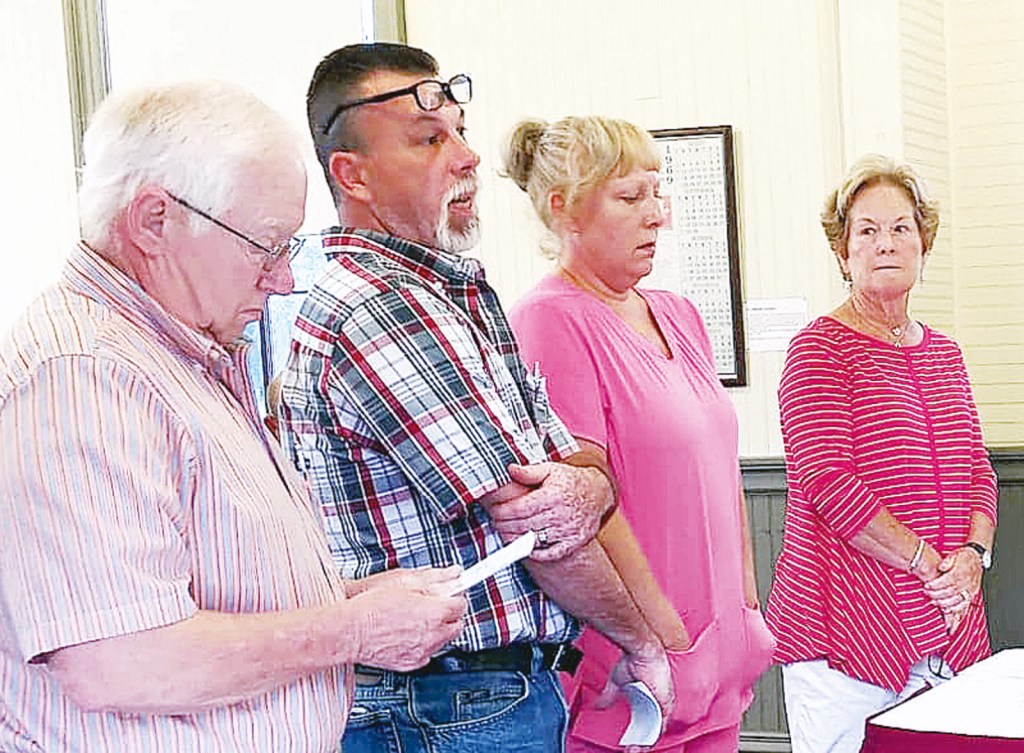 STANFORD – Property owners who would be taken in by the City of Stanford through a proposed annexation on U.S. 27 expressed shared concerns with council members during last Thursday’s meeting.

Wayne Terry was the first of four property owners to address council members about the annexation, which would include 15 properties total, two of which are residential. City Attorney Christopher Reed said it would include seven residential voters in total.

Terry pointed out that there is no sewer available to the two residential properties that would be taken in and, If annexed, the group has a list of things they would like from the city, such as street lights and police presence.

“If we go into the city we would like to have at least two street lights,” Terry said. “One would be Ky 1247 U.S. 27, where it comes together there. That’s where the service station is. We’d like to have another street light behind the station where the county road comes down. There’s kind of been some activity there that it kind of needs to be lit up.”

Terry said overall, the group of property owners are hesitant to get on board with the annexation.

“…We just think that we’re not ready to come into the city, we don’t think the city’s ready for us either,” he said.

Hubert and Peggy Demarse, the other residential property owners, agreed with Terry and said they couldn’t see the benefit of coming into the city.

“For you all and for us – can you explain to me what the up-side is?” Hubert Demarse said. “In The Interior Journal, in the newspaper, it said that we came to the city and said we wanted to be annexed. I didn’t have any inkling of it until the mayor stopped by my house and asked me about it. But you came to me after this article came out.”

Mayor Eddie Carter said Demarse had expressed a positive attitude about the annexation when speaking to Carter, specifically about having an increased police presence.

“I said that might be a plus but I can’t see the difference between city police and the sheriff when they’re right next door to each other. I know there’s a little bit of a difference but not that much of a difference,” Demarse said.

Councilman Scottie Ernst said cheaper trash-pick and access to city water are two benefits to being within city limits.

Sheila Mullins said there are few, if any, benefits of her property being annexed because the five acres she recently purchased are vacant so all she will receive is a new tax bill.

“In my situation, my house is not affected but I have land that is so the only that I would get out of the deal is a tax bill,” Mullins said. “No services at all. So I’m not happy with this.”

Demarse said he has vacant land adjacent to his house, too.

“If we want to go and put goats on (our property) or something along that lines, is that going to affect how we are if we’re in city limits or county?” He said.

City Attorney Christopher Reed said the pre-existing condition of the property would be grandfathered in if annexed into the city.

“We just bought the property about a year-and-a-half ago and we love the property. I don’t think our taxes are going to go up a lot,” he said.

Maples told property owners that joining the city would remove the county fire tax from their bill and with Stanford’s low ISO (Internal Organization for Standardization) rating, which is expected to drop even lower, homeowners in the city pay less than those in the county when it comes to homeowner’s insurance.

City residents also receive services from the Stanford Fire Department, which includes a emergency medical team, Maples said.
“You’re going to have quicker fire protection response, and medical response, also from the station down here in town. That station is manned with paid firemen,” Maples said.

Mullins said she still couldn’t see any benefit to her land being annexed.

“Your property value will increase,” Maples said. “How much, I don’t know.”

Councilman Scottie Ernst asked if the city could remove the two residential properties from the annexation.

Reed said it would require the city to start the entire process over and order new impact studies and survey maps.

“We were under the impression that you all wanted to be brought in,” Ernst said.

Terry said if the streetlights are included in the annexation then he wouldn’t mind being annexed.

The owners of Eagle Run Storage were also in attendance of Thursday’s meeting to see what advantages the annexation would bring to their business.

The city council agreed to table the annexation vote until the study from Bluegrass Area Development is received and the actual impact and figures can be shown.

“We want you all to want in, we don’t want to force anybody,” Carter said. “I think we’ll be able to explain things a little better at our next meeting. I just want you to be open-minded.”