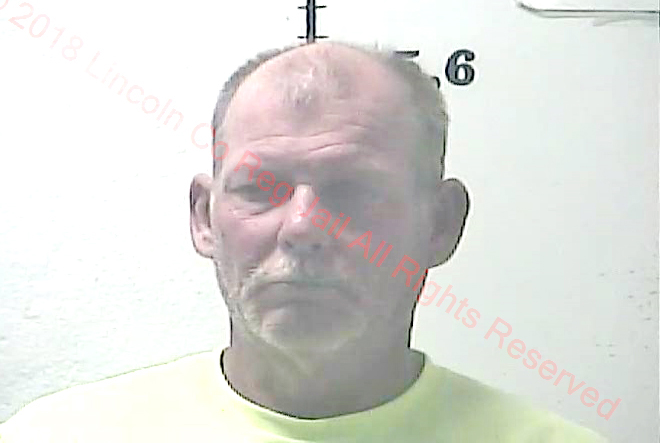 STANFORD – A collision in Lincoln County led to one driver’s arrest, during which he allegedly threatened to punch a deputy and kill his K9 partner.

William Lee Love, 52, of Perryville, was arrested by Lincoln County Sheriff’s Deputy Michael Mullins on July 21 at about 11:57 p.m. following a two-car collision.

According to the arrest citation, Love was driving south on U.S. 127 in a Toyota Corolla when his vehicle struck the rear of another vehicle that was waiting to turn onto Bowen Road.

The driver of the second vehicle was transported to Ephraim McDowell Regional Medical Center with minor injuries.

Love appeared to be under the influence, according to deputies, but would not cooperate during a field sobriety test and became “loud and disorderly.”

He was taken into custody while deputies investigated the collision. Love allegedly consented to a blood test but refused to speak with an attorney, then ripped up the lab consent form. He later signed another consent form, according to the citation.

“(Love) became and remained disorderly while inside of the ER (emergency room),” the citation states. Despite several warnings to “calm down,” Love failed to do so and was taken from the emergency room to a police car.

While in the car, Love allegedly threatened to “punch the deputy’s nose off” several times and stated that he would “kill that dog,” referring to Mullins’ K9 partner Luma.

Mullins said Love “did not like K9 Luma barking at him” and while en route to the Lincoln County Regional Jail (LCRJ), Love stated that the barking was causing him to have chest pain.

Love was transported to Ephraim McDowell Fort Logan Hospital in Stanford but remained “loud and disorderly and would not cooperate with the medical staff,” according to the citation.

He was medically cleared before being taken to the LCRJ where he was charged with operating a motor vehicle under the influence of alcohol, second-degree disorderly conduct, third-degree terroristic threatening and first-degree wanton endangerment.
Mullins was assisted during the arrest by Deputy Gary Brummet and Crab Orchard Police Chief Jimmy Gipson.