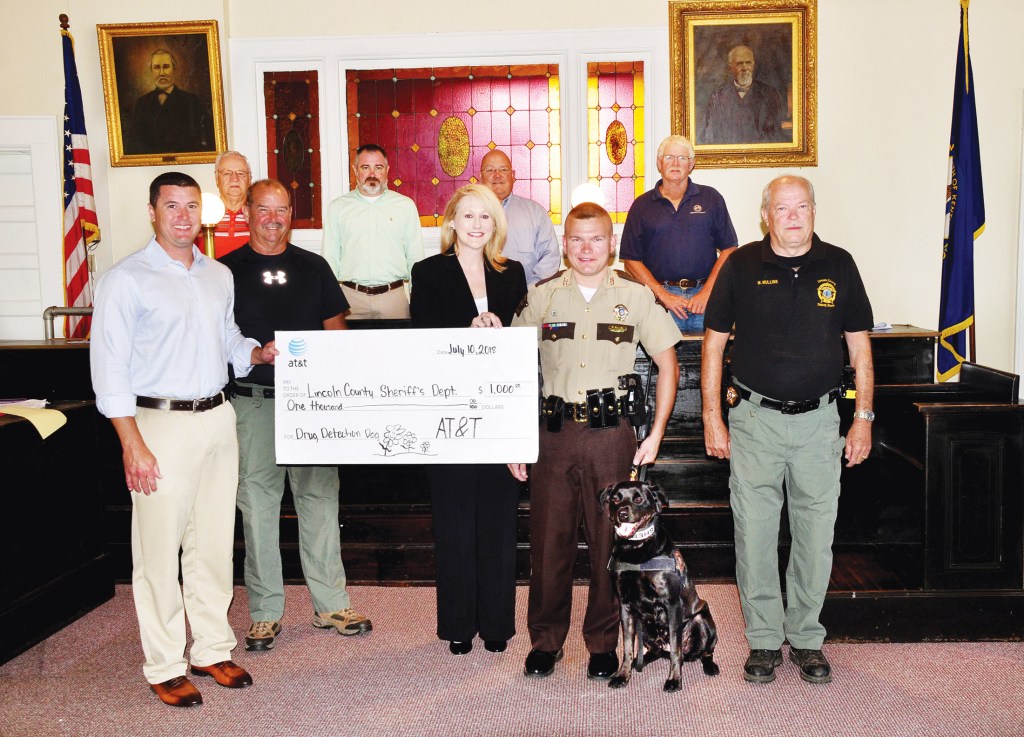 STANFORD — The first order of new business at the latest Lincoln County Fiscal Court meeting involved the presentation of a “big” check to the Lincoln County Sheriff’s Office K9 unit.

The first three new business items on the fiscal court’s agenda were put aside temporarily to allow AT&T representative Amy Scarborough to rid herself of the oversized check, a $1,000 donation to the local Sheriff’s Office K9 unit.

The Lincoln County Sheriff’s Office got good news on two fronts while the fiscal court was in session, with a resolution reviewed and approved which allowed Mullins Jr. to apply for a relief grant from the Kentucky Office of Homeland Security. He had addressed the fiscal court in June seeking an authorized resolution so that he could apply for the grant. The grant money is made possible through the sale of confiscated weapons and the money is distributed to departments that can’t afford necessary equipment.

Mullins said the Lincoln County Sheriff’s Office is putting in for nine patrol rifles with all the accessories needed, including training ammo and duty ammo, at a cost of $8,759.25.

In other new business, the Lincoln County Fiscal Court approved the following items:

*Reviewed and approved Waste Tire Management Program agreement. James Bushnell, Administrator of Solid Waste Program, addressed the judge and magistrates and announced the dates that the county would be accepting and loading tires. Tires will be accepted Sept. 6, 7 & 8 at the road department on U.S. 27.