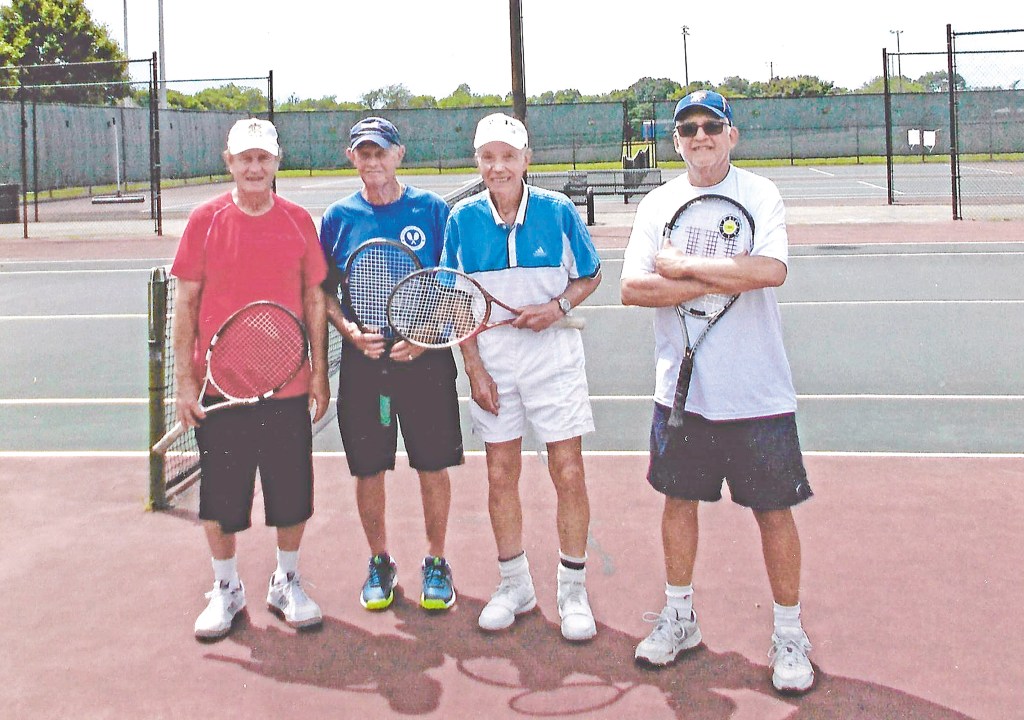 Photo contributed by Henry Baughman STANFORD’S Jim Baughman, far right, and Henry Baughman, second from right, stand on the courts at The Tennis Club in Louisville with their opponents in the Firecracker Tennis Tournament, Jack Valenti, left, and Russ Walkup, second from left.

In tennis, getting older doesn’t mean the end of competition. Brothers Henry Baughman and Jim Baughman of Stanford are a perfect example of how tennis is a lifelong sport.

The duo, who were tennis champions at Stanford High School and in college at the University of Kentucky, have never stopped their competitive play, claiming many medals, trophies and titles over the years.

However, the Baughmans almost didn’t get the opportunity to claim the titles. They ended up having to play only one match in each division to capture the first-place trophy, as they were the only entrants in their age divisions as the deadline to enter neared.

According to Henry, Jim “recruited” Jack Valenti of Richmond and Russ Walkup of Lexington before the deadline passed and they then went on to sweep the titles.

Henry, who has been ranked No. 1 in Kentucky and No. 1 in the nine-state Southern Tennis Association numerous times with different partners, said he continues to play to maintain high rankings. Henry is often one of the top ranked players in the U.S Tennis Association, but he has not played enough national events to qualify for ranking this year.