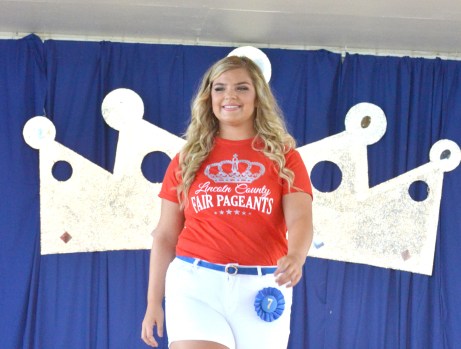 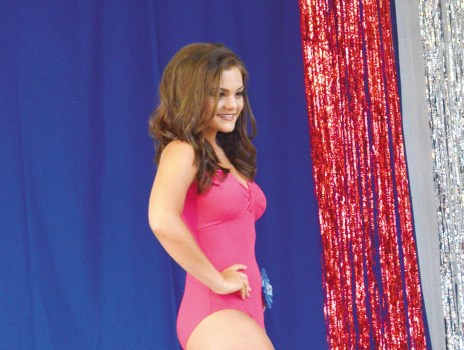 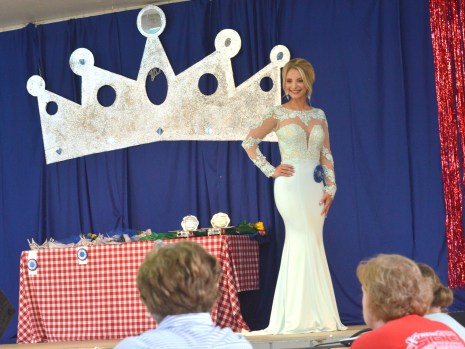 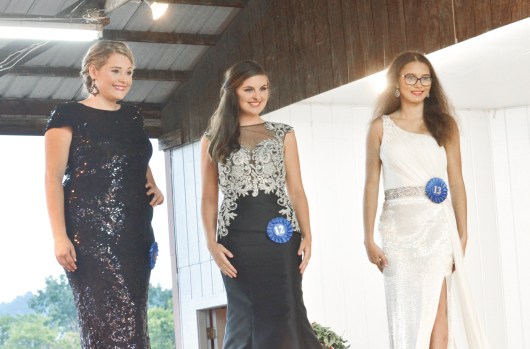 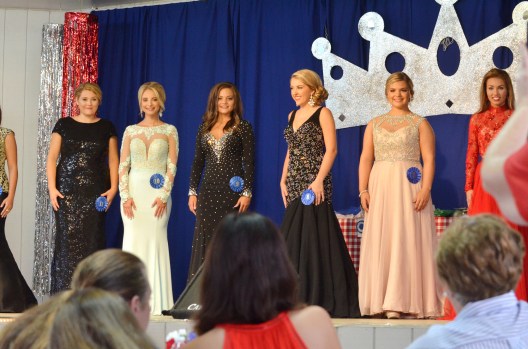 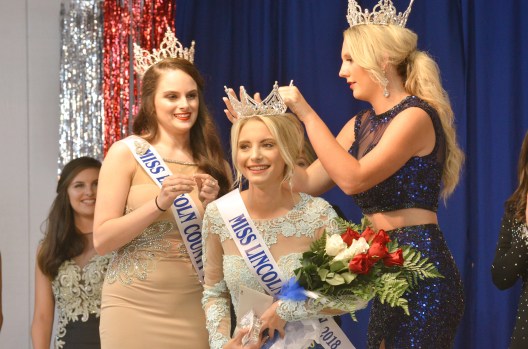 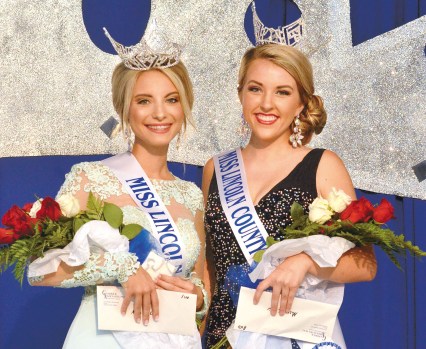 Goens and Sharp were deemed the top candidates out of a field of 15 contestants. Contestants were first judged in an off-stage interview and then the rest of the judging – modeling in casual wear, swimsuits and evening gowns – was completed on stage.

Goens, the daughter of David and Paula Brown, won over the judges with her poise and grace onstage. The 5-2 beauty wore a purple swimsuit in that category then glided across the stage in a fitted light mint green formal.

Having completed her studies at Somerset Community College, Goens plans to enroll in Campbellsville University this fall. Her goal is to receive a degree in elementary education and become a kindergarten teacher. She will then pursue her master’s degree.

When asked what person she admires most, Goens responded with “her mom.”

“She is the strongest person I know and she never fails to show me love even when I don’t deserve it. She is always there for me no matter what,” she said.

Each contestant was asked what was the biggest problem facing young women today and Goens’ answer was a sign of the times.

“Social media -unrealistic and fake images on how we should look as women,” she said. “The unrealistic standards that social media portrays when in reality it is all filters and not real.”

Along with the 2018 Miss Lincoln County title and crown, her flowers and sash, Goens received a $150 cash award and $50 for expenses to attend the Kentucky State Fair,

Sharp, the daughter of the late Dave Sharp and Ronda Sharp, shared the spotlight with Goens at centerstage. Currently attending the University of Kentucky, the 5-4 beauty has as her career goal becoming a behavior therapist.

Sharp, who by the way has eyes that are two different colors, agreed with Goens when it came to what was the biggest problem facing young women today when she listed social media as her pick. But the two queens differed when it came to who they admired most, with Sharp naming her late father as her hero.

“My father … during his lifetime, he done his best to make a difference everywhere he went and make everyone the happiest they could be.”
In the preliminary judging, Sharp chose a pink swimsuit and a black evening gown encrusted with crystals.

Along with her title, sash, flowers and sash pin, Sharp received a $100 cash award, and $50 plus room expenses when she represents the Lincoln County Fair at the annual Miss Kentucky County Fair contest held in January.

Zoe Donyelle Stinson, 17, of Somerset was named the first runner-up. Stinson, the daughter of Donnie and Nicole Stinson, received $60 cash and a gift.

Second runner-up was Turner Denise Reynolds, 17, daughter of Keli and Jeremy Reynolds of Versailles. She was presented a $40 cash award and a gift.

A People’s Choice award, voted on by the audience, was also presented at the end of the contest and that award went to Kayla Michelle Cox, 19, of Stanford. Cox is the daughter of Carol Cox and the late Rob Cox.

The other Miss Lincoln County Fair participants were: