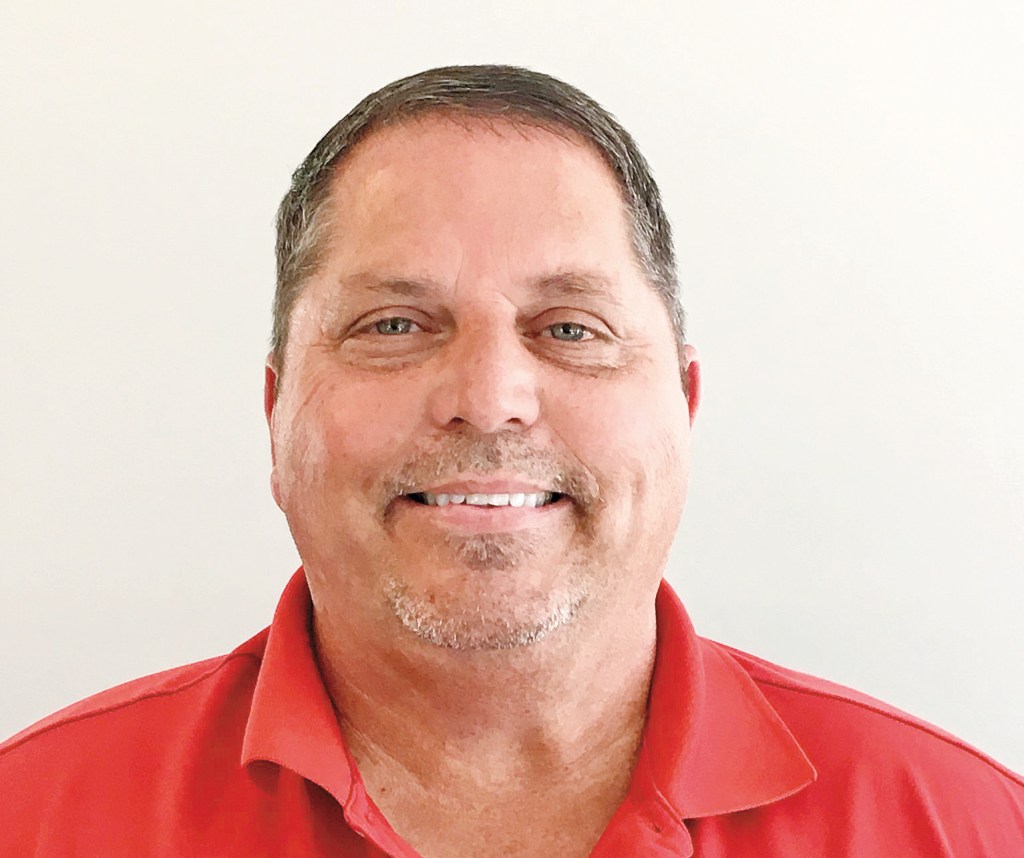 Lincoln County Schools Superintendent Michael Rowe made the announcement of Estes being hired to replace Travis Leffew, who resigned at the end of the 2017-18 school year.

After retiring four years ago, Estes, who is currently the morning show host on WPBK-FM and the station’s Sports Director, has stayed close to LCHS sports and the school’s student/athletes through his local sports reporting. But it hasn’t been enough. So, when the job came open, he made the decision to get back into the school system.

“I miss being around the kids. I miss seeing the kids more on a daily basis,” said Estes. “This gives me the opportunity to do that a little bit more. It will also give me the opportunity to focus on sports. I’ve done basketball and football mainly as far as the radio part goes and some of the other minor sports we’ve done, too.”

“This will give me a chance to really help with all the sports,’ he said. “Being someone who was what they considered a ‘minor sports’ coach with track and field, I really want to try to assist a lot of those teams in trying to get better, too.”

Estes’ only duties at LCHS this time around will be as athletic director.

“A lot of times when people retire, they can only work a certain number of days up to 100 days and it affects their retirement. It doesn’t have anything to do with my current retirement,” Estes said of his new job. “It’s considered a part-time job. It’s getting hours in. It’s going in and taking care of officials for the day. It’s making sure that coaches have what they need for the home games.”

Lincoln’s new A.D. says the job done by Leffew during his stint as athletic director is making the transition into the job quite simple.

“Travis did a great job as athletic director,” Estes said. “He had a system already in place. He gave me a folder that had monthly duties. He was very well organized. It’s going to be good to come in and follow him because he was so organized. There might be a few things that we do different but he already had it in great shape. I thank him for his hard work.”

Estes says that when it comes to being athletic director he has an advantage over Leffew.

“During football season as the football coach, it was hard for Travis to get to a lot of the other sporting events,” Estes said. “It would be late when practice was over, but he’d still try to stop in and check on games if he could. Since I don’t have any coaching duties, it will allow me to get to more games, to be more visible at home games.”

In addition to his role at LCHS, Estes will also help out with middle school sports in making sure teams are in compliance and that coaches have their paperwork filled out and such.

For those LCHS sports fans and WPBK-FM listeners, they will still get their regular dose of Estes on the air. Estes, who was part of the WRSL football broadcast crew from 1984-86, plans to continue his on-air duties.

“I’ll still do the morning show from 5:30 to 8:30. Not going to affect anything there because there’s not a lot of sports going on at 5:30 in the morning,” Estes said with a laugh. “There may be some mornings where I’ll have to leave a little early to get to Kentucky High School Athletic Association meetings. The mandatory meetings start at 8 but there aren’t that many.”

Estes said the biggest change will be in how home games are broadcast.

“For home football games, Kevin Bandura does the play-by-play and Logan Smith, David’s son, is going to help Kevin call the home games,” said Estes. “We’re keeping it in the family. Logan contacted us and said he’d like to do something kind of like what his dad did. On the away games, I don’t have any duties so I’ll be helping Kevin and Logan on the away games.”

Estes may be behind the microphone for some home basketball games as well.

“When the basketball season rolls around, we’ll have our plan in place,” he said. “I know that the athletic director is not the game manager for every single home game, so there may be a possibility for me to call some home games. Again, the away games I have no duties, so I can still call those games.”

“I’ll just call a little bit less at home, but I’ll actually be more visible because I won’t be in the booth.”