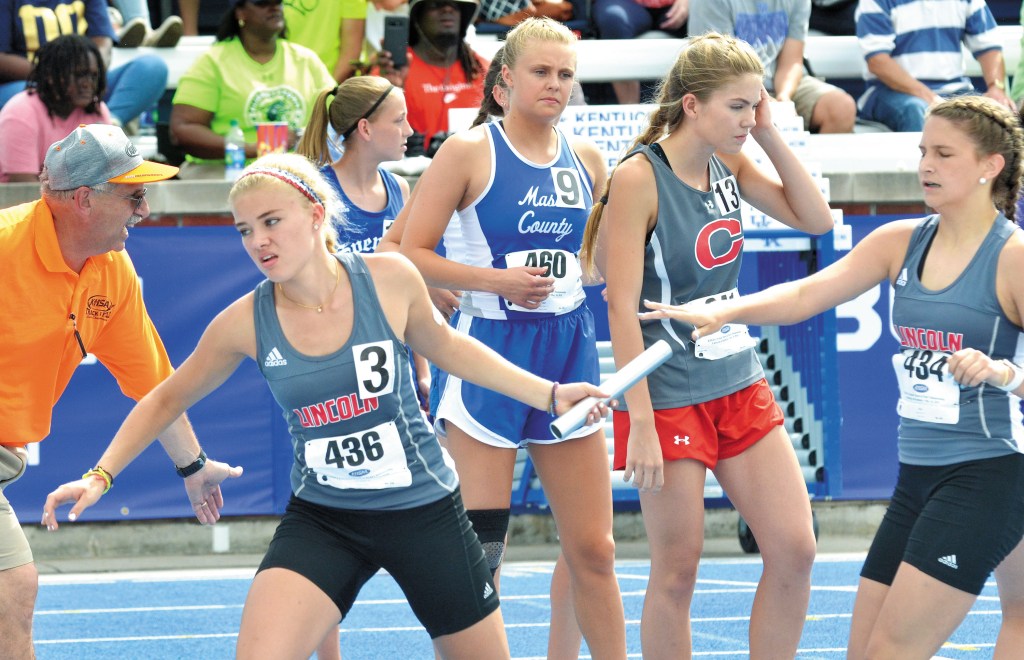 The Lincoln County Lady Patriot track team put up some of the best finishes ever for the LCHS girls, garnering three medals in the Class 2A KHSAA State Track and Field Championships.

Lucy Singleton, an LCHS freshman, took the medals stand all three times, with her high finish fourth-place in the 800-meter dash.

The fourth-place finish, which was earned in a time of 2:19.78, earned Singleton a spot on the KHSAA Class 2A All-State Second Team in the 800.

The Lady Pats other two medals were garnered in relay events, with the Lincoln team placing sixth in the 4×800 (Singleton, Reed, McKenzie Settles and Ava Morgan), and eighth in the 4×200 (Singleton, Courtney Snow, Maddy Slone and Tate Newcomb).