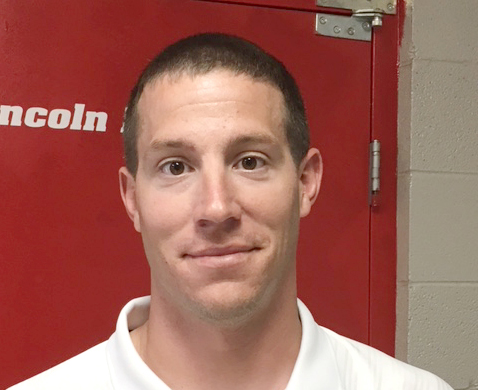 Just two weeks after the job came open, LCHS has named Spencer Crutchfield to take the position as the 11th football coach at Lincoln since the school opened its doors in 1974.

“I’ve always felt like Lincoln County is a place where you could win and they’ve had tradition in the past,” said Crutchfield. “Being young and wanting to build a program, I feel like this was a great opportunity for me.”

Crutchfield, 31, who has been hired to teach as well as coach, has 11 years of experience as an assistant coach but this is his first head-coaching job.

“I’ve coached for 11 years. I’ve been a head coach in track, but this is my first head football job,” he said. “I was at Garrard for 10 years and then, this last year, I was at Madison Central.”

When Travis Leffew announced his resignation as Patriot head man, the Garrard County native knew this was the time to make that leap.

“The doors just opened up for me,” Crutchfield said. “I feel every piece has got to fall into place for where I feel comfortable, the administration feels comfortable, where I feel like I can be successful, where I can make the program successful. Those all fell into place. It just happened to be the neighboring county that I know a lot about. I’ve grown up watching them. I’ve coached against them. I’ve played against them. I’m excited to see what we can do.”

Crutchfield takes over a program that has gone 10-34 over the past four years. While he realizes changes may not come overnight, he is in it to win.

“I’m obviously not going to take over the job if I don’t think I can win. My plan is to win, also to build that program where year in and year out you’re competing for district championships, competing for regional championships,” he said. “People say it may take a while, but it may not. It’s all in how the kids buy in and what we can do with what we’ve got. It’s my job to make sure they do that.”

Crutchfield is hoping that his athletes and his being in the LCHS hallways each day can help build the team.

Crutchfield may not have to start making lesson plans until the fall, but the time is now to start preparing his football plans.

“It’s here,” he said. “In June, we’ll hit the ground running. We’re going to condition, to weight-lift, do some 7-on-7, passing, skill work. I have a lot of work I’ve got to get done in a short time, but I’m ready to get it going”