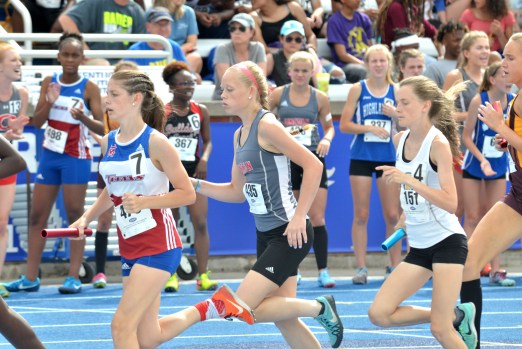 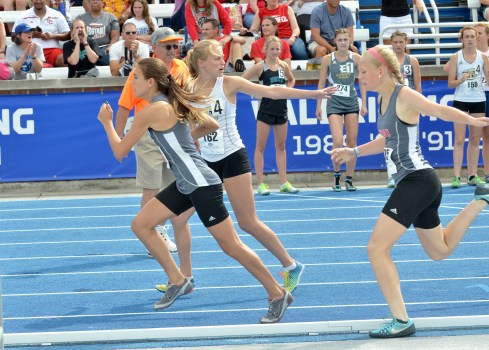 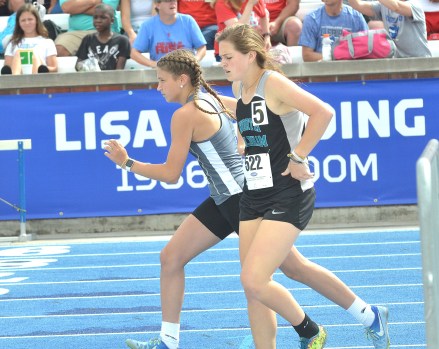 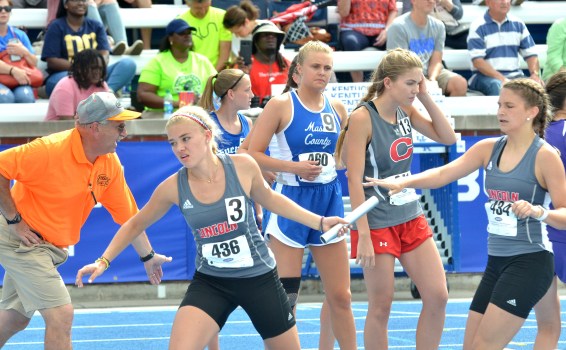 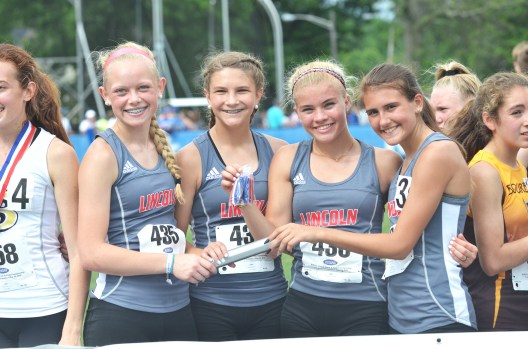 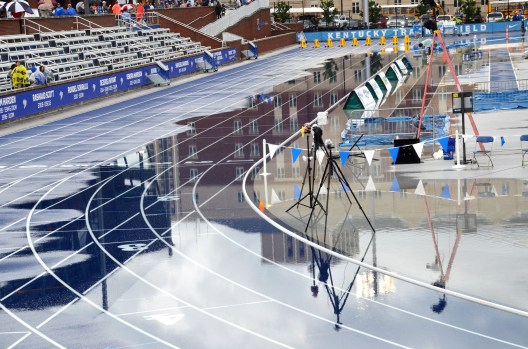 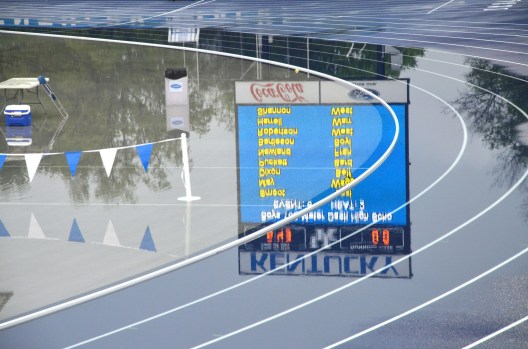 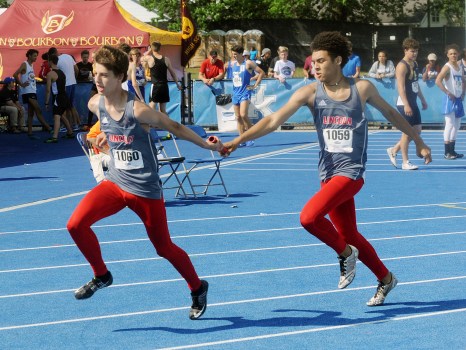 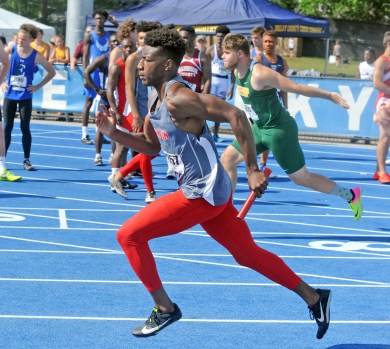 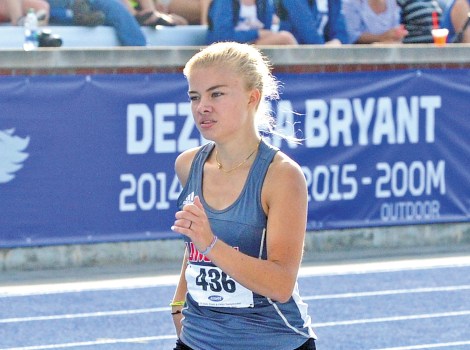 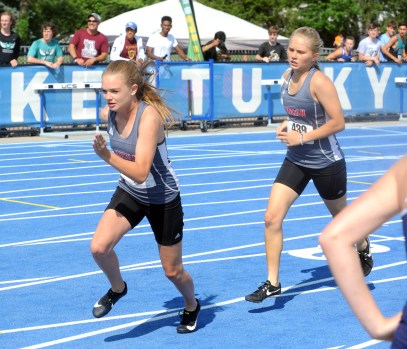 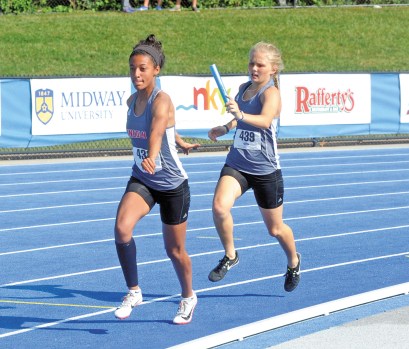 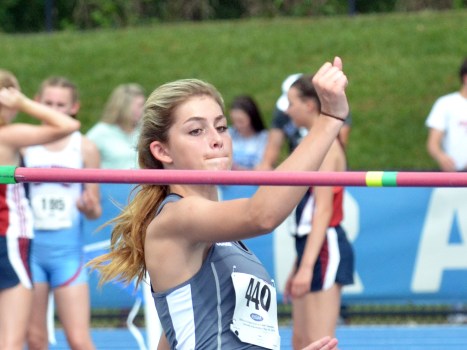 LEXINGTON — Out of the 1,179 athletes that competed in the 2018 KHSAA Class 2A State Track and Field Championships this past weekend, only a select few got to take their place on the awards podium.

Included in that select group of athletes getting the chance to be recognized in the awards area were several of Lincoln County’s elite athletes as the Lady Patriot track team brought home three medals from their efforts on the Shively Track Complex at the University of Kentucky.

The meet, which was intended to be a Friday evening event, ended up being a two-day competition with torrential downpours and lightning forcing postponement of the Class 2A meet Friday after just six races.

“I couldn’t be more proud of all of my girls this season,” Lincoln coach Missy Slone said. “They have worked hard all season to get to the state meet and to perform well at the meet. Friday started off rough with weather and we only got one race in before the storms set in.”

It was in that “one race before the storms set in” that Lincoln claimed its first medal. The 4×800 relay team of freshmen McKenzie Settles, Shayley Reed and Lucy Singleton and eighth-grader Ava Morgan finished sixth out of a field of 24 teams at state with the same time they posted to win at region, 10:03.40.

The medal would prove to be the first of three medals for Singleton at the state meet. However, the LCHS freshman would have to wait until the meet resumed Saturday afternoon to add a fourth-place and an eighth-place medal to her take.

Singleton posted Lincoln’s highest state finish in individual competition. She toed the starting line in the 800-meter dash in the fastest of three heats and posted a time of 2:19.78 to claim the fourth-place medal. Victoria Dotson of Rockcastle County finished first out of 23 competitors in a time of 2:15.36, Savannah Brady of Highlands was second in 2:18.11 and Haley Blevins of Mercer County ran third in 2:19.13.

Lincoln seniors Tate Newcomb and Courtney Snow got on the awards stand in their track career finale as they, Singleton and eighth-grader Maddy Slone laced up their running shoes for the 4×200 relay event and raced to an eighth-place finish for a medal. The Lincoln quartet covered the distance in 1:49.83.

Prior to the 4×200 race, Coach Slone questioned whether she would have her usual team on track for the race Saturday after she learned Friday’s race had been postponed.

“I knew Saturday at 4 was going to be bad for eighth-grader and anchor of two relays, Maddy Slone, that would run on Saturday because the annual eighth-grade dance took place on Saturday evening,” she said. “But Maddy didn’t hesitate or even complain that she would miss the dance to run with her team. She chose her running shoes over her dancing shoes! And the 4×200 came out with an eighth-place medal.”

Alexa Wesley, a junior, was the lone field competitor for Lincoln. She finished 22nd out of 34 athletes with a jump of 4-06.00.

“It was a great meet. I can’t say enough about how hard and dedicated these girls have been to the team and to each other this year,” Slone said. “I could not have asked for a better group of coachable kids and I am already looking forward to next season!”

The Patriots also had some athletes competing at the state track and field meet, with the 4×200 relay team of senior Brady Patterson, juniors Darius Napier and Dalyn Pope and freshman Gavin Skipper earning an at-large state berth. The Lincoln relay team placed 14th out of 21 teams with a time of 1:36.38.