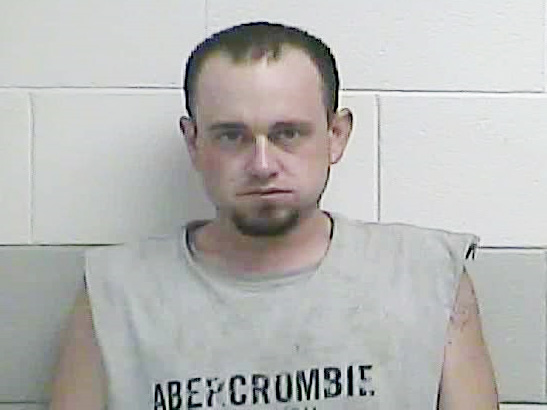 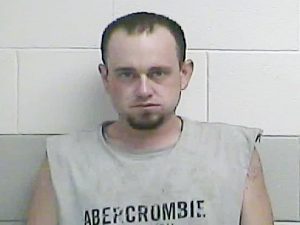 A man with a Hustonville address was arrested Friday by Kentucky State Police after a short pursuit.
Jeremy Sears, 23, has been charged with first-degree fleeing or evading police in a motor vehicle; failure to wear a seat belt; no registration plates; no registration receipt; and possession of a firearm by a convicted felon, according to KSP. Sears was also charged with fleeing police on foot, according to Casey County jail records.
Trooper Mike Woodrum responded to a Fishing Creek Road location shortly before 9 a.m. Friday for a report from a homeowner that “there was a blue 1995 Chevrolet in his driveway with an unknown male in the driver seat who appeared to be passed out,” according to a news release from KSP.
“The driver fled the scene as Trooper Woodrum approached the vehicle,” the release alleges.
After pursuing the vehicle for “several miles,” it ran out of gas on Twin Oaks Road and the driver “fled on foot for a short distance before giving up,” the release states.
Sears was being held in the Casey County jail Friday afternoon, according to jail records.