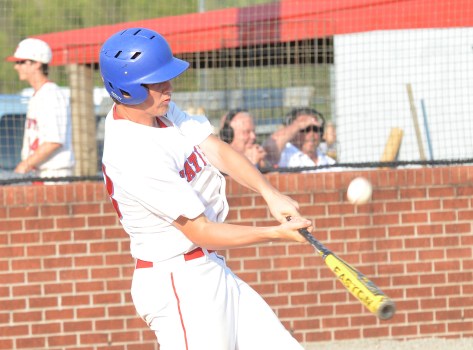 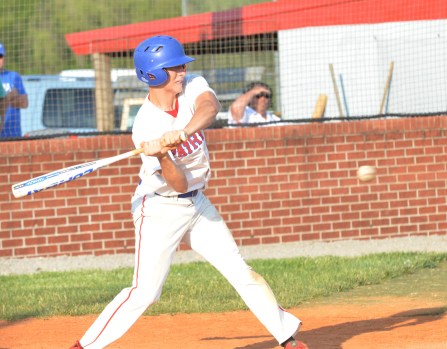 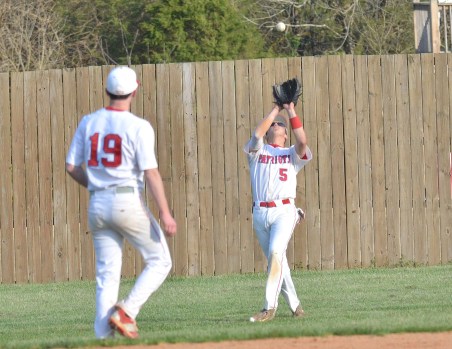 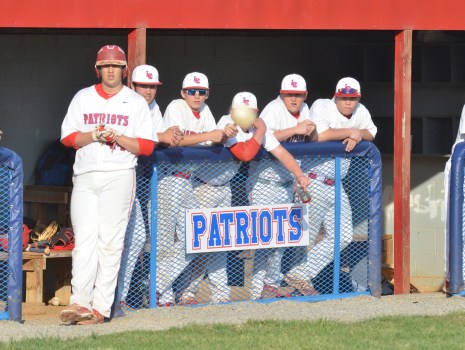 Photos by Nancy Leedy THE LINCOLN COUNTY dugout keeps an eye on the ball during diamond action at LCHS. The Bat Patriots were able to celebrate their first win since April 4 by beating North Laurel Saturday.

Over the course of the last five weeks, the Lincoln County baseball team has been waiting to celebrate another victory.

But now, after 21 straight losses, the Bat Patriots were finally able to rejoice again as they defeated visiting North Laurel 7-3 Saturday afternoon.

Lincoln (3-24) never trailed in the ballgame, putting up two runs in the bottom of the first inning.

Sawyer Carrier, who had one of the Bat Patriots’ 10 hits in the win, got things started for Lincoln when he connected for an RBI-double in the first. Seth Young, who led the Lincoln battery by going 3-for-4, and Jacob Baird came home on Carrier’s double.

The Bat Patriots went ahead 6-0 before the Jaguars ever got on the scoreboard.
Brady Martin scored on an error in the second inning to make it 3-0, then he came out and tagged a three-run home run in the third to plate Carrier and Tanner Smith and make it a 6-0 ballgame.

North Laurel (9-14) broke onto the scoreboard in the top of the fifth. Kaleb Collett scored on an Eli Sizemore double to knock the goose egg off the board.

The Jaguars, who had nine hits in the game, put up a single run in the fifth, sixth and seventh innings. Rob Caden scored off a Landon Schott double in the sixth and Collett scored the final run in the top of the seventh to end the game after 6-1/2 innings.

Jacob Baird got the start on the mound for Lincoln. He was on for six innings, giving up three runs off eight hits with one walk. Garrett Clem closed for the Bat Pats, allowing one hit in his one inning aboard. He had one strikeout.

North Laurel started Jon McCowan. He was up 2-2/3 innings, allowing six runs off five hits with two strike outs. Cole Kelly came on in the third and was up 2-1/3 innings and Alex Binder pitched the sixth inning.

Alex Hutti had a 2-for-4 day at bat for Lincoln and five others had a hit apiece. Baird, Martin, Smith, Clem and Carrier each had a hit.

Sizemore was 2-for-3 at the plate for North Laurel.