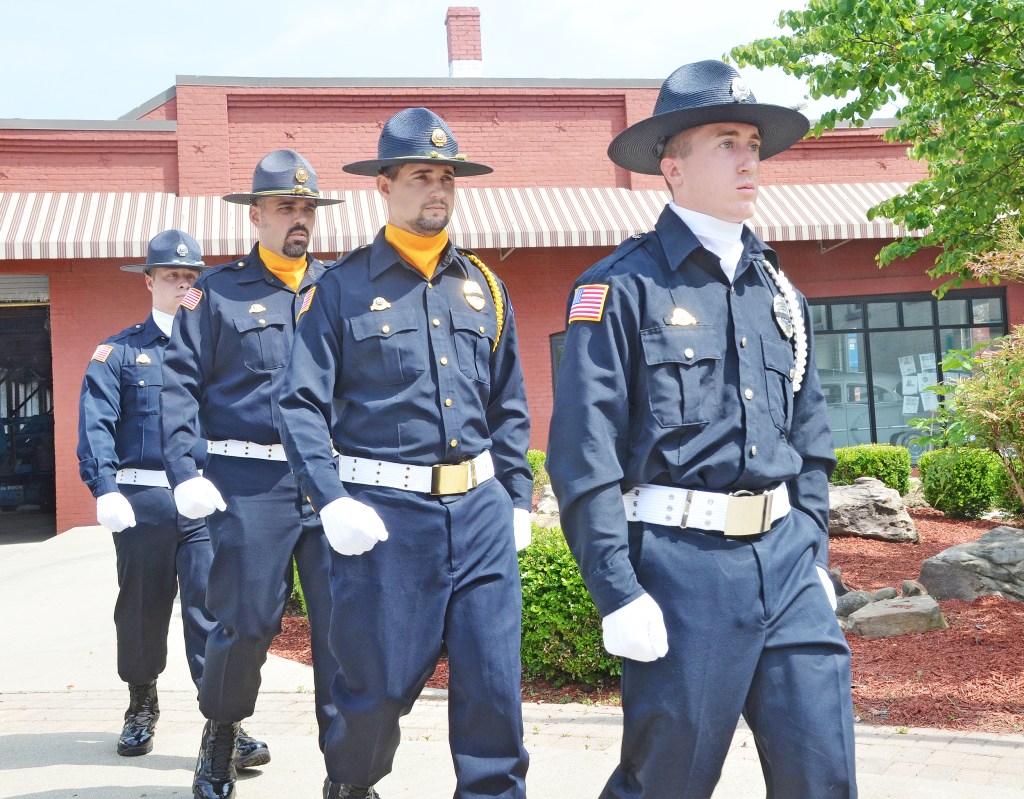 The second annual Police Memorial Week was recognized by local law enforcement Tuesday morning at the Willy’s Overland Park in downtown Stanford. In 1962, President John F. Kennedy designated May 15 as Peace Officer Memorial Day. That proclamation also declared that the week of May 15 was Police Week. Several law enforcement, fire and jail officers were in attendance. Kimberly Kidwell and Kortnee Maggard, the oldest daughter and granddaughter of Stanford Patrolman Gary Kidwell, who was killed in the line of duty in 1991, were also on hand. The North Point Honor Guard lowered the park’s flags to half staff at the conclusion of the program. 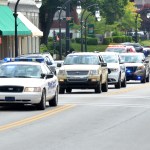 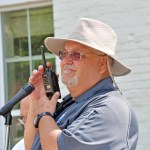 Detective Joe L. Gilliland listens to a last call to a fallen officer over his radio. (Photo by Nancy Leedy) 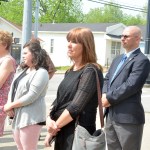 Kimberly Kidwell, center, the oldest daughter of slain Stanford Patrolman Gary Kidwell attended the program. Kidwell was killed in the line of duty in 1991. (Photo by Nancy Leedy) 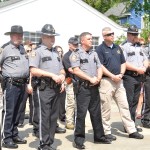 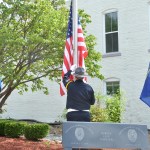 The North Point Honor Guard lowers the flags to half staff. (Photo by Nancy Leedy) 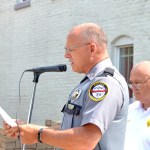 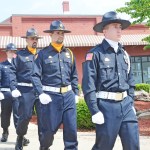