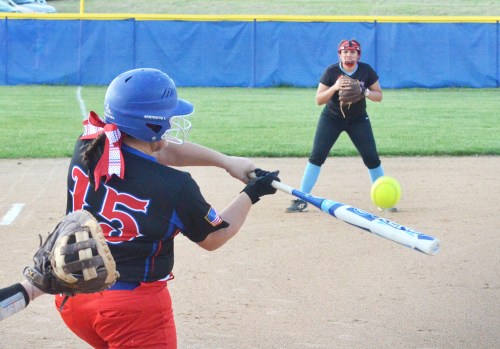 Photos by Nancy Leedy KALLIE PHILLIPS connects for a double in the first inning in Lincoln’s 5-4 win over Casey County. Phillips, who had two doubles in the win, tagged a walk-off double in the eighth inning to edge Lincoln over Casey. 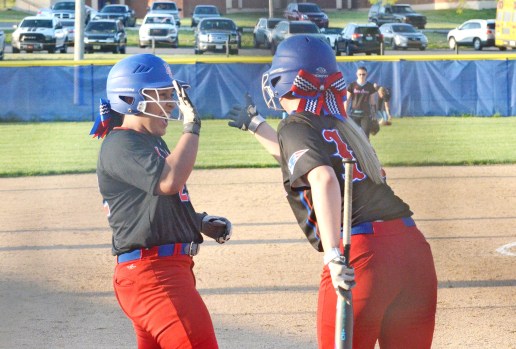 STANFORD — Junior Kallie Phillips delivered a walk-off double in the bottom of the eighth inning to lift the Lincoln County softball team to a 5-4 victory over visiting Casey County Monday.

Phillips had three of Lincoln’s eight hits in the win, including two doubles, the last plating Madisen Hinkle for the win.

“I had two and the last one I knew, with Madisen on second, that I was switching places with her no matter what happened,” Phillips said. “I was ready for it.”

Lincoln (7-14) scored two runs in the bottom of the first and added two more in the third to lead 4-1.

“We didn’t really come out hitting as well as we could have, but we pushed through it and came out with the “W,” Phillips said. “It was a little too close for comfort.”