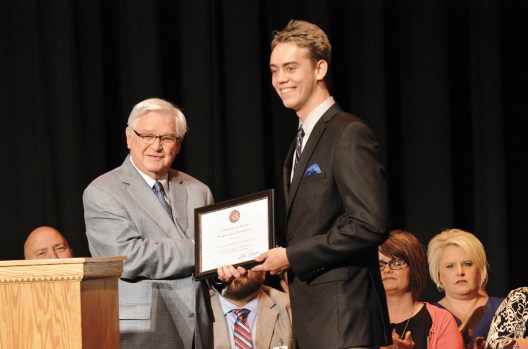 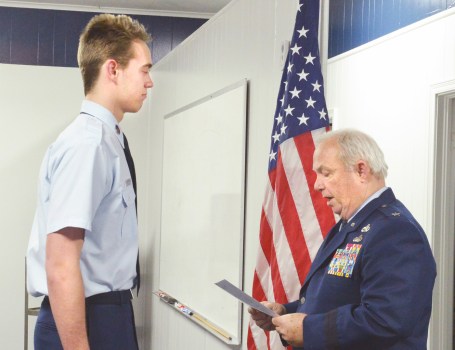 Civil Air Patrol Cadet Chief Master Sgt. Reed Campbell, 17, has been accepted into the U.S. Air Force Academy, where he is to report on June 28 as a member of the class of 2022.

Hunt said this appointment is awarded to only 1,200 of the 9,700 applicants and signifies Reed has the potential to meet the demands and challenges of the academy.

Campbell is a senior at Lincoln County High School and has been with the CAP for about a year and a half. He said the recommendation letter sent by his CAP squad commander, 1st Lt. Nick Birt, “Made my mom cry.” Campbell said he is very excited to become a part of the military family in the Air Force.

While speaking to the small crowd, Hunt said he has the greatest respect for the CAP, which is, “A great auxiliary to the Air Force … I am emboldened in seeing young men and women in uniforms. It encourages me greatly about the future we have in this country.”

U.S. Congressman Hal Rogers, who nominated Campbell for acceptance into the academy, was on hand during Lincoln County High’s annual Senior Awards Program to recognize Campbell on his appointment and to present him with a certificate noting his accomplishment.