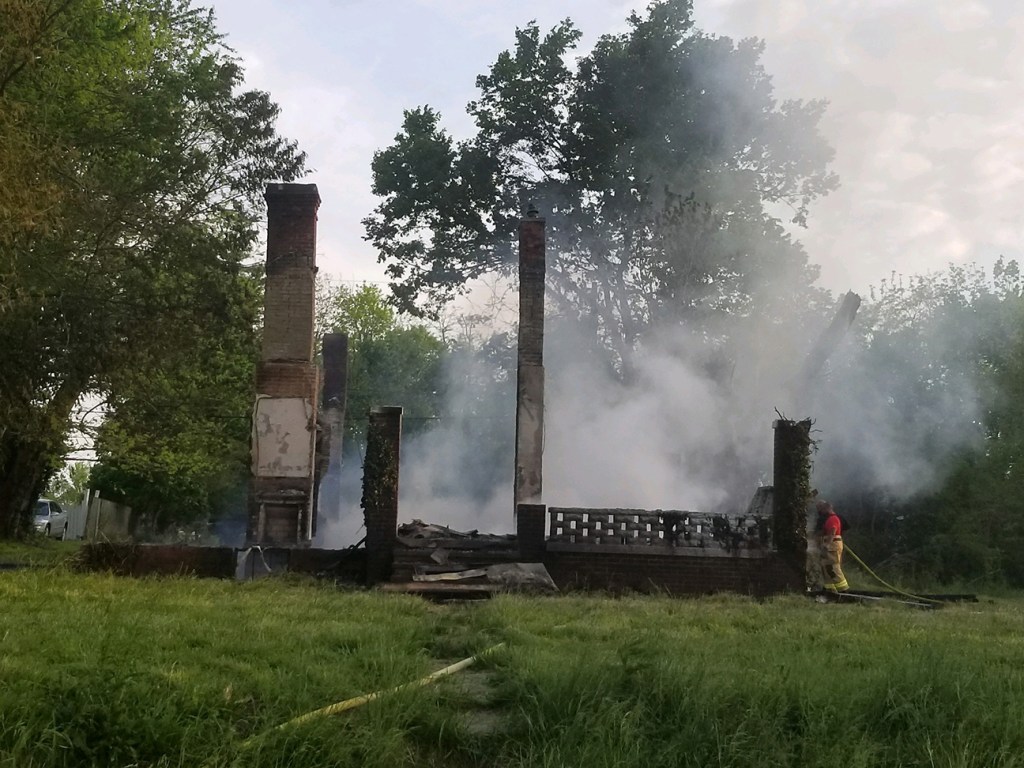 What is left of a structure in Stanford is seen after a fire destroyed most of the abandoned structure. (Photo courtesy of Lincoln County Emergency Management)

STANFORD — An abandoned house in Stanford caught fire last week. The cause is still under investigation.

The abandoned structure was located on East Depot Street in Stanford, according to Chase Marcum, arson investigator for Stanford Police and lieutenant with the Stanford Fire Department.

“It was located behind Stanford Baptist Church,” Marcum said.

it was about 5:17 a.m. last Thursday morning when firefighters were called to the structure.

The building was fully involved by the time firefighters arrived, Marcum said.

“The cause is undetermined and still under investigation,” he said.

According to Marcum, three-fourths of the structure had already collapsed by the time crews arrived on scene.

Firefighters cleared the scene by about 8 a.m., Marcum said. No injuries were reported.