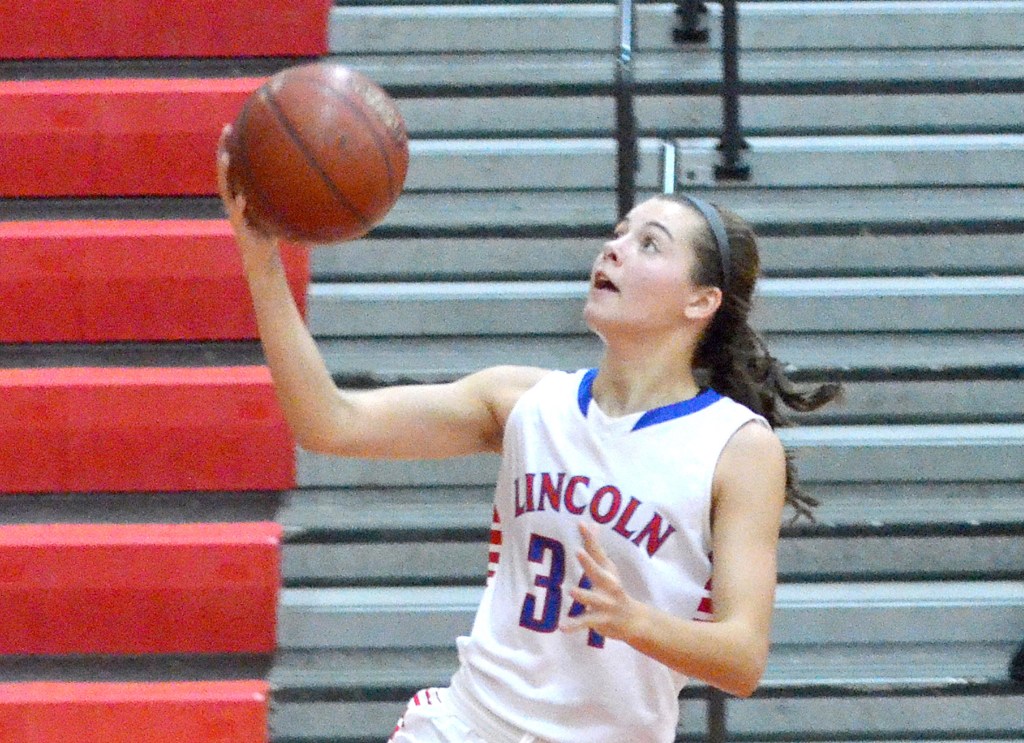 Photo by Nancy Leedy EMMA KING of Lincoln County was one of 16 juniors named to the Kentucky Junior All-Star team. King led the Lady Patriots in scoring this past season, averaging 20.6 points per game.

Lincoln County’s Emma King has been selected to play for the Kentucky Junior All-Star basketball team.

More than 50 players were invited to try out for the team and King was one of 16 juniors in the state picked to represent Kentucky in the annual Kentucky-Indiana All-Star series.

“Emma being selected for this Junior All-Star team is a huge honor not only for herself but also for her representing our Lady Pat family,” said Lincoln County head coach Cassandra McWhorter. “The athletic ability the Lord has blessed Emma with combined with her work ethic and dedication to the game has proven to peg her as one of the top juniors in the state.”

“Looking ahead to next year, Emma will have the well-deserved opportunity to compete as a Miss Basketball candidate her senior season.”

McWhorter will be on the sidelines with King and the Junior All-Stars as she has been named to the coaching staff. Pete Fraley of Boyd County has been named as the head coach and he will be assisted by McWhorter and Jeff Sparks of duPont Manual.

The 2018 Kentucky Junior All-Stars are: