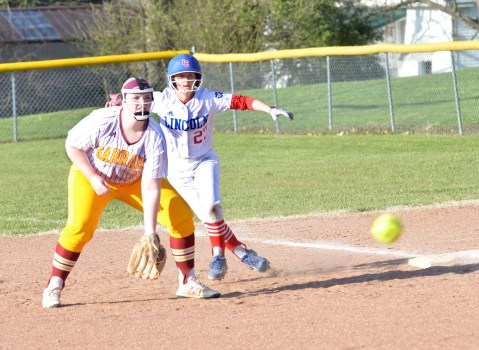 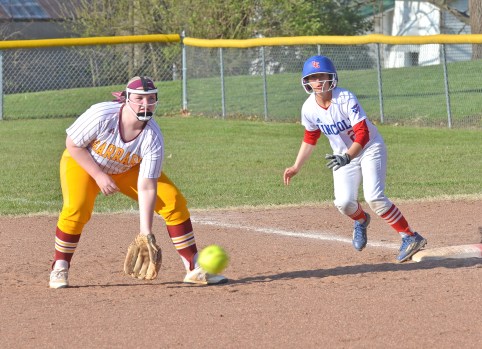 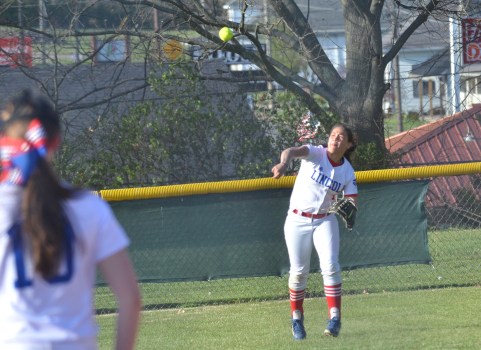 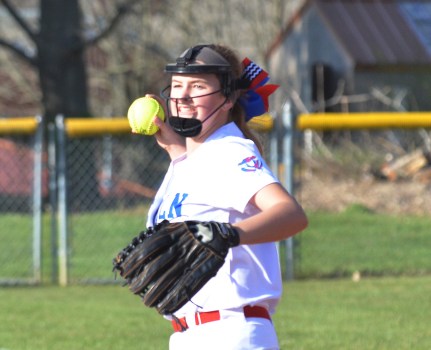 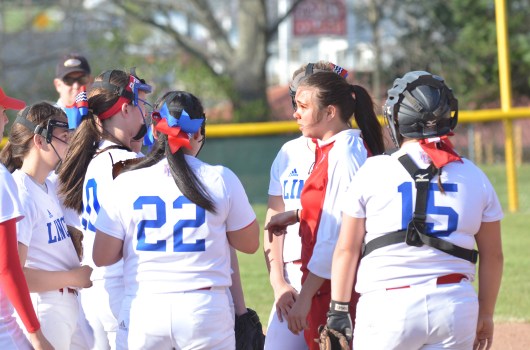 Photos by Nancy Leedy LINCOLN COUNTY coach Heather Hasty takes to the circle to talk to pitcher Savannah Robbins and her infielders during the Lady Pats’ loss to host Garrard.

LANCASTER — The Lincoln County High School softball team did not get 45th District play off to a good start.

Trinity Shearer, Taylor Bird and Maddy Boyle belted out the three hits for the Lady Patriots, who struck out six times.

Garrard (8-2, 1-0) jumped out to a 5-0 lead in the first and added three runs in the second and one in the fourth before pinch hitter Shelby Ballew tagged a walk-off single off Lincoln pitcher Savannah Robbins, to bring the deficit to double digits and end the game after just five innings.

Robbins absorbed the loss. The LCHS freshman gave up 10 runs off 14 hits, two walks and one hit batter. She struck out three Garrard batters.

Brittany Butner, Elle Montgomery, Katy Pozzuto, Kara Mosier and Morgan Day scored a run apiece in the bottom of the first to give Garrard all the runs it needed for the win. Rosier was a courtesy runner for Olivia Saylor and Day was on for Perkins.
Butner, Kelsi Moss and Pozzuto each scored in the third inning and Montgomery made it a 9-0 game with her lone run in the fourth.

Montgomery and Pozzuto were both 3-for-3 in the win. Perkins, Grace Freeman and Brynne Galloway had a double apiece.
Both Summer Ray and Galloway scored on Ballew’s walk-off hit.

The Lady Patriots will be at Boyle County today for a 6 p.m. game.