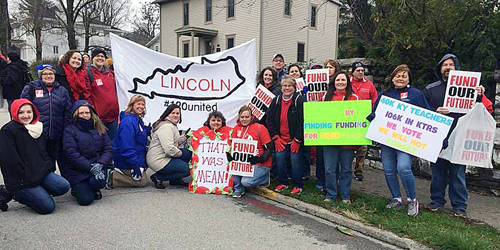 Photo contributed 120 STRONG was the theme of Monday's protests in Frankfort as groups from across the state marched to the state Capitol. Here, a group from Lincoln County poses for a picture before marching to the Capitol. 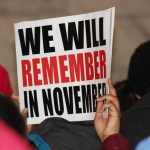 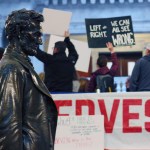 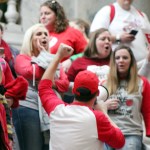 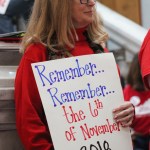 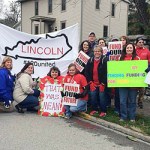 Photo contributed 120 STRONG was the theme of Monday’s protests in Frankfort as groups from across the state marched to the state Capitol. Here, a group from Lincoln County poses for a picture before marching to the Capitol. 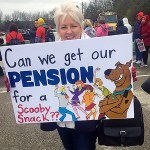 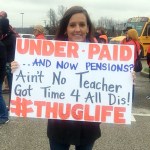 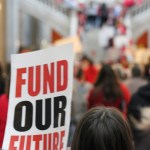 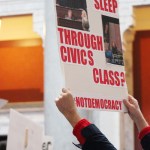 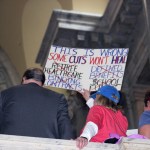 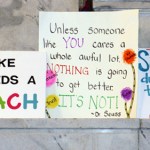 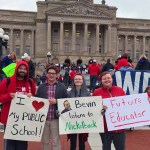 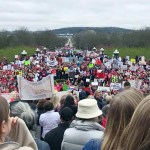 Photo contributed by Courtney Brock Thousands march to the capitol steps in Frankfort Monday in support of public education. 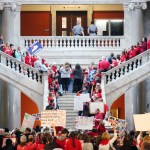 FRANKFORT — While Lincoln County Schools were already closed this week due to spring break, numerous school district employees used their time off Monday to travel to Frankfort and join a statewide protest over pension changes in Frankfort.

Large swaths of the state Capitol in Frankfort were occupied by red-shirted public educators and employees determined to hold the attention of the Kentucky General Assembly as they prepared to vote on the state’s budget bill. As legislators debated bills inside, protesters lined the stairs outside and chanted in unison.

Monday’s protest was also in response to last Thursday’s vote on a pension bill, which left out most of the controversial pieces opposed by public educators in previous proposals, but was passed quickly as an attachment on an unrelated “wastewater services” bill.

The vote prompted several school districts to close Friday after teachers requested substitutes or called in sick to protest. Lincoln County Schools remained opened Friday but several from the district used the first day of spring break to join the protests.

Timothy Wheeler, a Lincoln County Middle School science teacher, was among the group of about 25 from Lincoln County who traveled to Frankfort to join the rally.

“It seems like since I’ve been teaching, like eight or nine years, every year education gets put on the backburner, more and more funding gets cut,” Wheeler said.

That’s why he went to Frankfort.

“It was more for my students than anything else,” he said. “I think for too long, educators have kind of just let things slide and they have not stood up like they should. If you don’t stand up, thats exactly what’s going to happen, they’re just going to do whatever they can do. They’ll just let you rollover and take advantage of you.”

Wheeler said he’s never seen so many people come together with one purpose like they did this week — and it wasn’t just teachers who showed up in Frankfort.

“I saw a lot of parents there,” he said. “I talked to parents there who were not educators themselves but they were supporting public education. That was impressive, too, to see people that were outside of the (profession) of education that were participating.”

As the chants inside the Capitol complex continued, Wheeler said he could see the occasional legislator looking out the window at the massive crowd.

“When you could see some of them up there looking out the window at the huge crowd, you know they’re thinking, ‘Oh my goodness, these are my constituents, these are the people that elect us; we better think this through,’” he said. “Sometimes they forget who they work for.”

Wheeler said complacency is not an option for Kentucky educators.

“We have to unite to make a difference for our profession, our children’s future, and ultimately the future of our state and nation,” said Cathy Hill, a Lincoln County Middle School teacher. “We have had enough.”

“Although closing school was not a decision we had to make (because of spring break), students have no better advocate than their faculty and staff,” Rowe said. “Even though Gov. Bevin has stated educators are ‘selfish,’ ‘short-sighted’ and ‘ignorant,’ we remain committed to our students.”

That means the district will continue to advocate for funding and resources needed to provide students with a “world-class, 21st century education,” he said.

“And with our community on board, we will make a difference for students.”