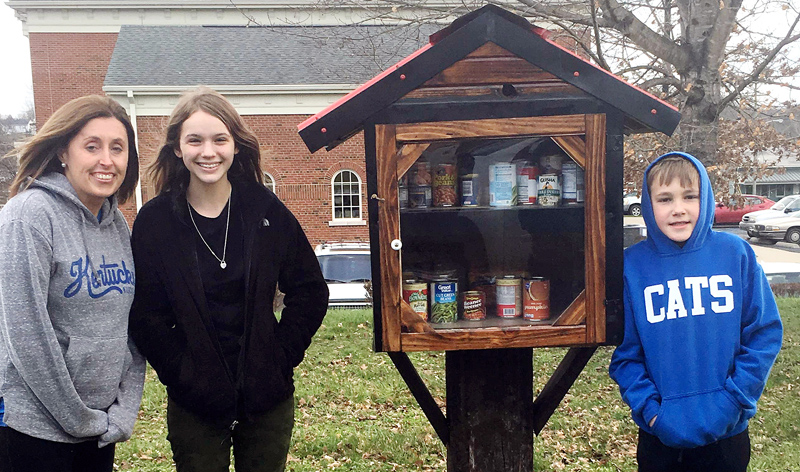 Photo contributed by Jessica Berry Jessica Berry, a social studies teacher at the Lloyd McGuffey Sixth Grade Center, left, stands alongside Bae-Bae Smith and Elijah Johnson as they finish putting the final touches on the Little Free Pantry and fill it with food.

STANFORD — What began as an idea in a classroom now stands near the Lincoln County Public Library as one group of sixth-graders put up the city’s first Little Free Pantry earlier this month.

Jessica Berry, a social studies teacher at the Lloyd McGuffey Sixth Grade Center, accompanied a group of students in December as they presented their proposal to construct a Little Free Pantry in the city to the Stanford City Council.

After receiving unanimous support from the council, students moved forward with the project, which they said they hope will put a dent in local hunger.

Elijah Johnson and his dad, Scott, built the new pantry and on March 7, it was officially up and running, according to Berry. 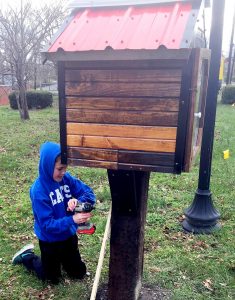 The students will oversee the pantry, refilling it with non-perishable food items when necessary, Berry said. Donations will be received through the schools to help keep the pantry full.

“(I’m) really hoping this has a positive impact on our community,” Berry said in an email. “I am so proud of my students.” 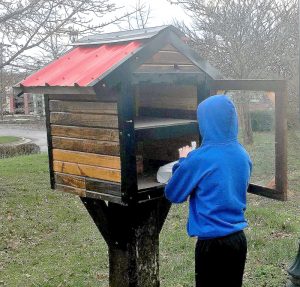 Police: Man attempted to kidnap woman, hit her with…