Police: Man attempted to kidnap woman, hit her with car 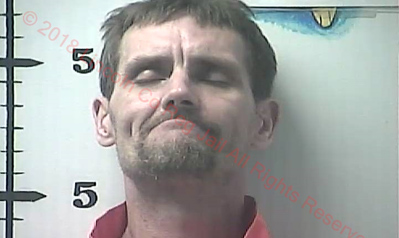 STANFORD — A verbal argument turned physical after a man allegedly attempted to kidnap a woman before hitting her with his car and fleeing the scene, according to police.

Police responded to 110 Edgewood Drive Tuesday afternoon, after dispatchers advised a male subject, later identified as Rainey, had struck an adult female with a vehicle.

A neighbor reported the incident to police, Kirkpatrick said.

The victim told police she and Rainey were in a verbal argument that turned physical when he allegedly attempted to take her to his vehicle against her will and dragged her across the ground.

Rainey then struck the victim with his vehicle, a Subaru station wagon, she told police.

According to the citation, the woman was “wet and dirty from being on the ground” and “had black marks she advised were from the tire of the vehicle on her left arm.” She also had some minor abrasions and her arm was swollen, police said.

“When I spoke to above male (Rainey) he stated, ‘I’ve never beat a woman. I have been physical with them because, you know, sometimes they need it and you have to be,’” the citation states.

Rainey is facing additional drug-related charges, as well, after a variety of illegal substances were allegedly found on his person while being booked in the Lincoln County Regional Jail.

Jail staff discovered a bag located in Rainey’s genital area during the search, according to the citation.

Inside the bag were “three packaged baggies of a green leafy substance that smelled of marijuana” and six Suboxone, five whole Xanax and four Xanax pieces.

Rainey also had $967 in his possession, which indicated sales of illegal substances, according to police. He was charged with trafficking in marijuana; first-degree trafficking in a controlled substance; and second-degree promoting contraband.

No bond had been set as of 1 p.m. Wednesday.

“Their quick response may have very well saved her from actually being abducted as he (Rainey) fled when we got close,” Middleton said Wednesday.

Lincoln search and rescue thanks Stanford Lions for radio…