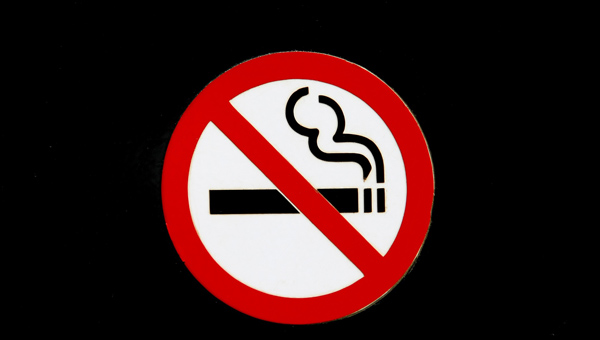 STANFORD — Stanford City Council members have approved the first reading of an ordinance that bans smoking in public places and places of employment within city limits.

Stanford Mayor Eddie Carter said he spoke to most of the local business owners in town and the majority were overwhelmingly in support of a city smoking ban.

Carter said several business owners said the ban would be a relief because it prevents them from having to upset customers.

“There’s just a few people, really, in the whole community that it’s going to affect,” he said during the city council’s Feb. 4 meeting.

The ordinance would prohibit smoking within 10 feet of public places and places of employment.

Exemptions to the smoking ban would include: private residences, except when used as a licensed childcare, adult care or health care facility; retail tobacco stores; private clubs and businesses that have no employees; outdoor areas of places of employment (provided that smoke from these premises does not infiltrate into areas where smoking is prohibited); and hotels and motels with designated smoking rooms.

Enforcement of the smoking ban can be handled by any city officer available, Reed said.

Any individual who smokes in areas where it is prohibited could be punished with a $50 fine for the first offense, $100 for the second offense and $250 for any additional offense thereafter.

Reed said the $2,300 for a second offense is “higher than I’d like, but that’s what they asked for.”

Business owners could also face suspension or revocation of any permit or license issued for the premises on which the violation occurred.

The ordinance defines “smoking” as inhaling, burning, or carrying any lighted cigar, cigarette, pipe, or any other combustible tobacco product or vapor product.

Every area where the ban applies will have a sign posted that clearly states smoking is prohibited.

“Violation of this section is declared to be a public nuisance, which may be abated by the city or its designated agents by restraining order, permanent injunction, or other means provided for by the law,” the ordinance states. “The city may recover the reasonable costs of any court enforcement action seeking abatement of this nuisance.”

Public education is also part of the proposed ordinance. It states the city may seek the assistance of the Lincoln County Health Department to provide a continuing education program to explain and clarify the purposes and requirements of the regulation to the residents and businesses affected by it.

Lincoln County Health Department Director Diane Miller said it will take some time for residents to adapt to the new ordinance but she doesn’t expect it to affect a large number of people.

“As long as you educate the public that this is what’s going to happen, I really don’t see that you will find any problems with it,” Miller said.

“I think it’s a reasonable ordinance,” James said. “To a large degree, our city has been smoke-free in many places. It’s only going to affect a few areas.”

Councilwoman Sara Givens said she visited the local Property Valuation Administrator’s office — where people are known to congregate and smoke outside the front door — and saw three or four people standing there smoking.

Council members voted 5-1 to approve the first reading of the ordinance; council member Scottie Ernst cast the only “no” vote.

Minimal changes can still be made before approving a second reading, Carter added.