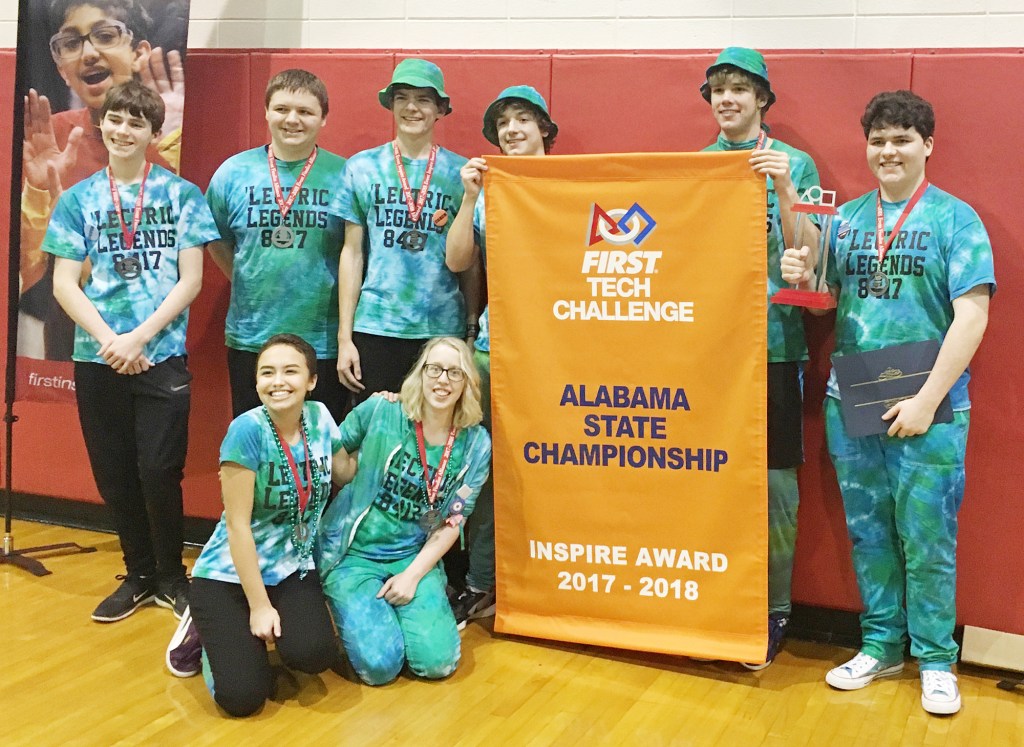 The “Lectric Legends” FIRST Tech Challenge Team was declared Alabama state champions after finishing ahead of 32 teams from Alabama, Tennessee and Kentucky in the tournament on Feb. 10.

The award earned the team the right to compete next month in a South Super Regional event in Athens, Georgia, which gives them a chance to get a bid to the world competition in Houston, Texas in April.

The team, which includes Sophie Smith of Waynesburg, was one of five to go undefeated in its preliminary matches, but won the tournament’s Inspire Award and championship based on how well it performed in all aspects. There were awards for design, innovation and other areas. The Inspire Award is the top award and is given to the team that was the best all the way around.

The team designs and builds its own robot entries, along with generating raise funds, reach out to their communities and to find mentors to expand their skillset. The current team consists of eight homeschooled teens who travel from six different counties each week to meet in Lawrenceburg to work on their projects.

The team has been successful raising funds to help cover some of its tournament costs in the past and hopes to raise some money again this year. Registration to compete in Georgia is around $500, and it’s about $1,000 for the world competition. Check out the team pages on Twitter, Facebook and Instagram, along with its website at www.lectriclegends.org.