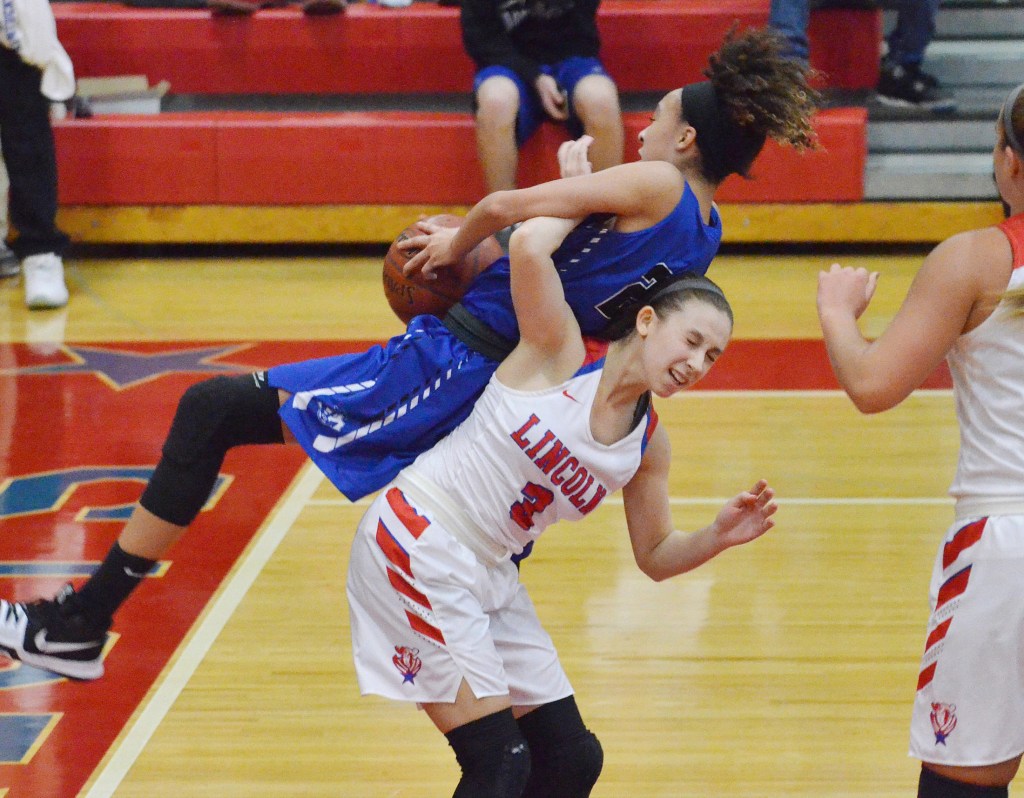 STANFORD — Another district game. Another rout.

The Lincoln County girls basketball team has won by an average of 31.6 points in each of its five district games heading into Friday night, with winning margins ranging from 24 to 41 points.

And Friday night in the Lady Patriots’ final regular-season district game, it was more of the same.

Lincoln County put it on visiting Danville early and the reserves got in extended varsity play as the Lady Patriots pummeled the Lady Admirals 88-54 in 45th District action at J.C. Eddleman Gymnasium.

Four of Lincoln’s five starters hit double figures in the win, with Emma King leading the Lady Patriots with a game-high 24 points. Maddy Boyle finished right on King’s heels with 23 points, Kaitlynn Wilks was a force inside with 18 points and Zaria Napier contributed 11 points.

Boyle made her presence known early in the matchup as she poured in 12 of her 23 points in Lincoln’s explosive 24-4 opening run. Boyle nailed two 3-pointers in the run. Napier put up six points in the run, bombing in her own 3, Wilks added four points and King sank two foul shots.

Lincoln, which sank eight 3-pointers overall, knocked down four in the first period, with Trinity Shearer also hitting from long range as the Lady Patriots posted a 32-13 lead at the end of the first quarter.

Danville (12-13, 2-4) never threatened the Lincoln lead. The Lady Admirals were outscored 28-14 in the second quarter and trailed 60-27 at the half before the Lady Patriots rolled on for the win.

Danville was led by Ivy Turner with 19 points and Carolina Gonzalez with 12 points.
******