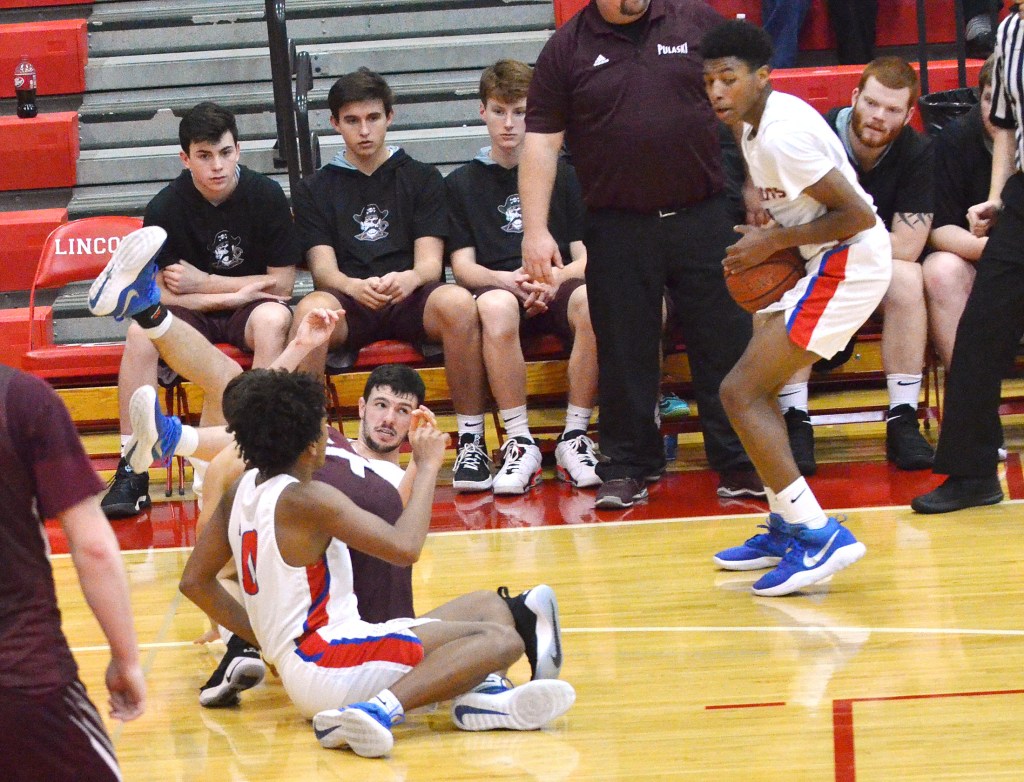 Photo by Nancy Leedy LINCOLN'S Chase Phillips won this scramble for the ball and got the pass to a waiting Elijah Frye during the Patriots' 10-0 fourth-quarter rally effort against Pulaski County.

It appeared Lincoln, which had trailed most of the game, had put itself in position to take down Pulaski, going on a 10-0 run to deadlock the game with 6:11 to play.

Trailing 41-31, Jaxon Smith hit at the close of the third quarter to kickstart the run. Spencer Baird and Chase Phillips, who had a team-high 16 points each, took over in the fourth quarter, with Baird nailing a 3-pointer and adding a free throw toss and Phillips scoring a layup before converting on a three-point play to even the score at 41.

But Pulaski would not allow Lincoln to take the lead.

Junior guard Jacob Combs, who had just five points through the first three quarters of action, had his shooting game on target in the final 5:43 of the game, scoring 12 points, including a string of 10 straight, in a 19-6 run that widened the gap to 60-47.

Phillips scored six points for Lincoln in the final minute and Baird had two points but it was not enough to overtake Pulaski.