The lazy person’s guide to being a good citizen 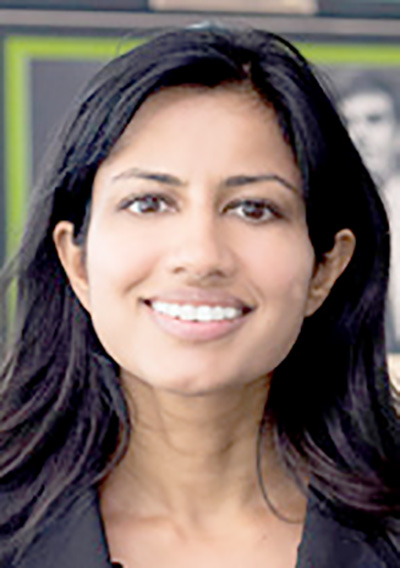 Inside the First Amendment

You sometimes suspect that you’re not as well-informed as you should be. When you read about that study that found that middle-school kids were unable to distinguish paid advertisements from news stories, you shook your head sadly — then secretly wondered if you would do much better.

You’ve heard that most people are so entrenched in their own beliefs that even indisputable facts can’t change their minds, and would really like to believe you’re different from most people. (But doesn’t everyone think that?)

You have, on at least a couple of occasions, pretended that you were familiar with a subject you actually barely understood.

You are, in other words, a person living in the world. According to the Pew Research Center, 64 percent of Americans say that fabricated news stories have caused them a great deal of confusion about the basic facts of current issues and events. A survey conducted by the Annenberg Public Policy Center found that a majority of Americans are poorly informed about the basic structures of their own government. And this year’s State of the First Amendment survey revealed that a majority of Americans prefer news that aligns with their own point of view, demonstrating their firm commitment to their own filter bubbles.

Unsurprisingly, none of this is good for democracy. As Thomas Jefferson said, “An educated citizenry is a vital requisite for our survival as a free people.”

But enough hand-wringing! You don’t want to let the ghost of Thomas Jefferson down. You want to be media-literate and fair-minded and well-informed. You want to be the kind of person who knows how many congressmen there are and can explain what the electoral college is. You want to be a good citizen. It’s on your list of New Year’s resolutions, somewhere between “exercise get more” and “floss regularly.”

It’s not that you’re lazy. It’s just that you have a job, and loved ones, and a very limited amount of free time.

Or maybe you are just lazy. That’s okay too.

Regardless — what are you to do? Let’s be realistic: You don’t need a list of best practices for media literacy and civic engagement. You need a list of good-enough practices. You need the equivalent of those individual floss picks. (To any dentists reading this: I am aware that floss picks are not a perfect substitute for regular dental flossing. But they are a vast improvement over the nothing I was doing before I started using them.)

Most of us either took civics class a long time ago, or didn’t take it at all. If you no longer remember what the branches of the government are, know that you’re not alone and that you need not waste time wallowing in shame. There are resources out there for fully-fledged adults. “Civics 101” is a great podcast if you like listening to things. Khan Academy has an “American Civics” YouTube series if you’d rather watch something. But if you want a crash course in the least amount of time possible, I’d recommend spending a little time skimming the review sheets intended for immigrants studying for their American citizenship exams.

• Think about where your news comes from.

You probably have your own way of staying up to date with current events, whether it’s a newspaper, a TV show, a favorite podcast, or your Twitter feed.

There’s no shortage of information in today’s world. The challenge is being able to separate the real from the fake, the facts from the opinions, and the Facebook posts from your crazy uncle from the Facebook posts paid for by the Russian government. As a lazy person, you may balk at the idea of analyzing and fact-checking every story that comes up in your Facebook feed. But becoming a better news consumer can be as simple as asking yourself two questions: Who wrote the thing you just read, and why did they write it?

If you read a story about the amazing anti-aging properties of grapefruit, and then you learn it was written by a spokesman for the National Council on Grapefruits and sponsored by the Grapefruit Farmers of America … well, that should give you pause. It doesn’t necessarily mean the story is false, but it does mean you should probably look for a second opinion before buying stock in grapefruits.

• Form your own opinions.

You don’t have to have an opinion on everything, but you will probably want to have an opinion on issues that directly impact you or your loved ones, or on matters that you find interesting. The path of least resistance is to adopt someone else’s opinion — to echo what your political party endorses, what your friends think, or what your favorite writers and TV pundits put forth.

We all do this, often without even being aware that we’re doing it. But if it’s an issue you really care about, you owe it to yourself to delve a little deeper and come to your own conclusions.

• At least one “liberal” news source;

• At least one “conservative” news source; and

• At least one international news source (because these tend to write about news from a non-partisan viewpoint).

Combine these and let rest until you have a viewpoint you can defend objectively.

• You don’t have to have an opinion about everything.

Forming your own opinions takes a good amount of your time and mental energy. The only way a lazy person can manage it is by being generally informed about current events, but selective about the things they really stand for.

Otherwise, you’ll have no choice but to adopt other peoples’ opinions, which is the kind of thing that eventually leads us to take hard, intractable stances on issues we never gave much thought to in the first place.

It’s alright to say you don’t know enough about a subject to weigh in on it. It’s better than alright — in a world where people are constantly pretending to be more knowledgeable than they actually are, it’s downright heroic.

If you reach a point where you must form an opinion on something — there’s an election coming up, or your friends are asking you to join a movement or protest — see the point above.

According to a 2016 study by computer scientists at Columbia University and the French National Institute, 59 percent of links shared on social media are never actually clicked.

Lata Nott is executive director of the First Amendment Center of the Newseum Institute. Contact her via email at lnott@newseum.org, or follow her on Twitter at @LataNott.

What gifts should we give our political leaders this…