‘TAKE WHEN YOU NEED, GIVE WHEN YOU CAN’: Lincoln sixth-graders aim to put dent in local hunger with ‘Little Free Pantry’ 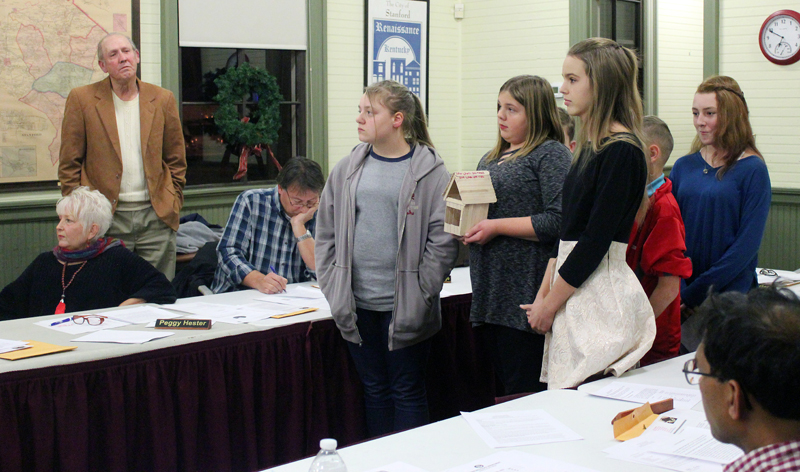 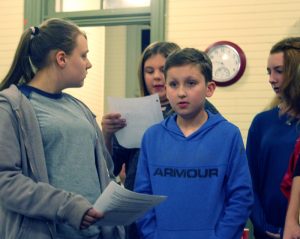 STANFORD — A proposal from a group of Lincoln County sixth-graders aims to put a small dent in local hunger through the creation of a “Little Free Pantry.”

Jessica Berry, a social studies teacher at the Lloyd McGuffey Sixth Grade Center, accompanied a group of her students to last week’s Stanford City Council meeting where they elaborated on their plan.

“Recently, during one of our classes, we were doing a team-building activity and talking about the nicest thing anybody has ever done for us and the conversation kind of switched to trying to do something for our community,” Berry said. “So we started throwing around ideas.”

That’s where the idea to create a Little Free Pantry came about, she said.

The students took turns reading from portions of their proposal. 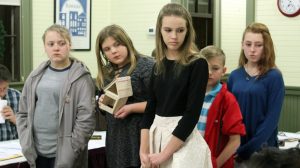 “What is one of the many problems that Lincoln County faces? Poverty,” one student read. “The poverty levels in Lincoln County are rising every year by 4 percent. We want to do our best by helping our community. The Little Free Pantry is a little wooden box that will contain foods such as canned foods and water. And we are going to try to put gloves and blankets because of the season.”

The students said they were seeking suggestions on where to locate the Little Free Pantry and suggested somewhere in downtown Stanford or near the Lincoln County Public Library. The group will be taking donations at school and has future plans to expand the project, they told council members last week.

“We know there are food pantries in Lincoln County with the churches and different things and we know that sometimes there’s a little bit of a stigma with people when they go to these food pantries to get things,” Berry said. “We thought this would be a good way for anybody in the community (to get what they need). … We’re going to take donations through school, and right now the plan is to fill it maybe once a month to see what the need is and if it’s more than that, we’ll kind of take turns coming and filling it up.”

Berry said the items in the Little Free Pantry will be there for anyone in the community. Some of the items the students plan to stock the box with initially include non-perishable foods, gloves, hand-warmers and water.

“The students are going to be in charge of it,” Berry said. “At first, I’ll probably come and start filling it and then after that, we may kind of take turns and let them come and fill it. Of course, depending on how much the community contributes to it too.”

The students shared a small-scale model of the pantry with council members.

“They’ve kind of built a little model. It will be on a post in the ground and it will have a little latch but it won’t be locked,” Berry said. “Anybody can go get anything from it at any time. They wanted to put a little sign on it that says ‘take when you need and give when you can.’”

Ernst asked if the group has any concerns with vandalism or people leaving unwanted items.

“I don’t think so,” Berry said. “We researched a little bit about communities that have kind of done this in the past and it’s been pretty successful. Danville actually recently put one up and so far, there’s not been any problems. It’s not going to be really big so you’re not going to be able to stuff tons of stuff in there.”

Councilwoman Sara Givens asked what the group plans to do if the pantry is full and people have items they would like to leave. The group said they can take additional donations to a homeless shelter.

One student said the Little Free Pantry is expected to be about 1.5-by-1.5-by-2 feet in size (about 4.5 cubic feet of space)

“I’ve been talking to my dad, and me and him are going to try to work on building it over the next month,” the student said. “We’re going to do a glass door, they can look in … we’re going to have a slanted roof so water can run down it if it rains and then with the (latch) the wind can’t blow it open.”

“I just want to commend you and your students for coming out here, these are our future public servants,” said Councilman Naren James.

Ernst suggested the group discuss the appearance and location of the Little Free Pantry with the Architectural Review Board.

“I think it’s a very good cause,” Ernst said. “You’re going in the right direction.”

Berry said the group hopes to start building the pantry box this month.

“I must say, I am so impressed,” Givens said. “You guys are great.”

The council voted unanimously to allow the students move forward with the project.