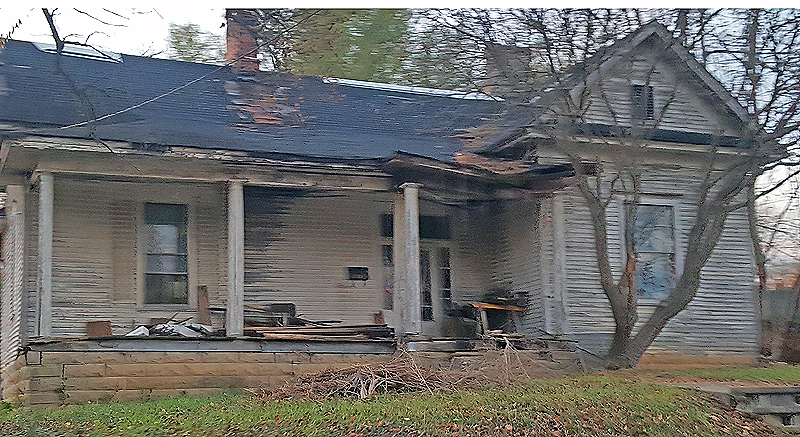 File photo by Abigail Whitehouse Shown here is the property located at 705 Lancaster Avenue, shortly after the grass was cut and other minor areas had been cleared last year.

STANFORD — After nearly three years, a case surrounding a condemned piece of property in Stanford has finally moved forward after a jury determined the city can have the property — for $20,000.

The property, located at 705 Lancaster Ave. and previously owned by Gatewood Cherry, was first condemned by the city in 2014. The case was near resolution this time last year but a mistrial caused by Stanford Mayor Eddie Carter delayed the trial for another year.

Now, the trial has concluded. City Attorney Christopher Reed updated the council on what to expect moving forward.

“We deposited the money in an escrow account and I’m preparing the deed,” Reed said.

Once the deed is signed and turned over, the property will be put up for bid on the condition “that it either be prepared to a livable condition to keep the property on the tax roll” and that the exterior of the home be returned to a presentable state within one year, or that it be demolished and the lot returned to a usable state.

“We have 30 days to appeal any decision of the judge once the final order (is in),” Reed said. “I haven’t decided whether or not I want to appeal but I’m considering it.”

Councilman Naren James asked what caused the jury to double the amount awarded for the property from what was originally proposed by the city.

“I think it came down to the comparables,” Reed said. “Our expert came back and had it appraised at $14,000, but subtracted the demolition cost from his evaluation and their expert did not and the jury decided they did not want to award us the cost of demolition or removing the property or removing the blight from the property.”

Councilwoman Peggy Hester said she attended the trial and her understanding was that the fair market value was the only thing the jury could decide Nov. 20.

Reed said he hopes to have the deed and everything transferred by the council’s February meeting.

“Then we can go on and have the bids ready to be open on that February date and then we’ll give them, like I said, time to replace the windows or do whatever they need to do and build that into the bid application,” Reed said.

Rather than turning the property over completely, Reed said he recommends the city give the winning bidder “present-possessory” interest in the property.

“That way, if they do not comply with the terms of what we set on fixing it up, they don’t have an argument, the property automatically reverts back to the city without us having to go through this again,” he said.

As far as the cost to the city, Reed said he hasn’t charged anything for his work on the case.

Reed said since the city has taken action on the case, he has received positive feedback from residents, especially from residents living on Lancaster Avenue.

“So, even though it cost us more than we hoped, as far as the public perception, the fact that people know that we’re trying to help improve their property values, it speaks a little, too,” he said.