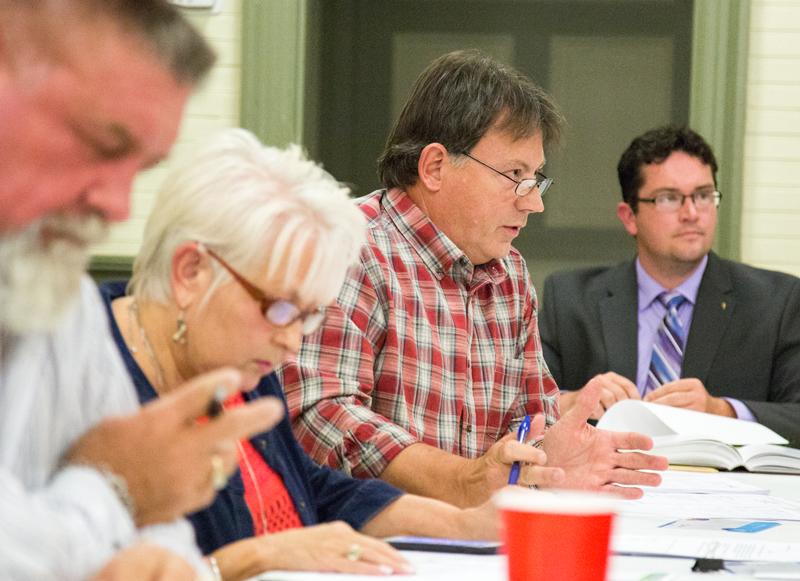 The City of Danville has offered to sell a K9 police cruiser to the City of Stanford for $9,000.

The 2011 Dodge Charger had been used by the Danville Police Department until the city began its new vehicle leasing program this year, City Attorney Stephen Dexter said. The vehicle was placed on a trade-in list after it was replaced with a leased vehicle, but then Danville learned Stanford was interested in it.

Stanford City Council member Scottie Ernst said earlier this month that Stanford’s current K9 police cruiser has more than 200,000 miles on it, while Danville’s old one has around 45,000.

Mayor Eddie Carter said the expense is not in the current budget.

“I’m not saying we can’t get it, but we’ve already extended our budget with code enforcement going full-time … I’m just saying there may be a budget issue here,” Carter said.

Ernst suggested funds brought in from Stanford’s K9 program could be used to pay for the cruiser.

Police Chief Zach Middleton said because the cruiser would be for the K9, he thinks it could be appropriate. Stanford lets other agencies in the area use its K9 officer, and gets a cut of any confiscated funds, Middleton said.

“I don’t think a lot of people realize what all the K9 unit does here,” he said. “… He’s out in the county all the time, helping out the sheriff’s office, helping Lancaster, helping other cities. There’s a lot of places to go to and a lot of stuff he does. In turn, if he’s in on a big bust, we get a percentage of that.”

Stanford Council member Ronnie Deatherage said the 2011 Charger “sounds like too good of a car to pass by, especially if we get the opportunity to get it.”

Stanford gained the opportunity Monday night, when Danville City Commission voted to remove the Charger from the trade-in list and offer it to Stanford for its trade-in value of $9,000.

Stanford City Council will need to meet again before the city could accept the offer.

“I think this is a good thing,” Danville City Commissioner Rick Serres said.

Danville agreed to a vehicle leasing program through Enterprise Fleet Management in April, essentially replacing all city-owned vehicles with vehicles leased through the program. The program allowed Danville to move away from many of its oldest vehicles — a third of its fleet was more than 10 years old, according to data provided when the agreement began.

The city expects to save around $570,000 in vehicle maintenance and replacement costs over a 10-year period through the agreement.