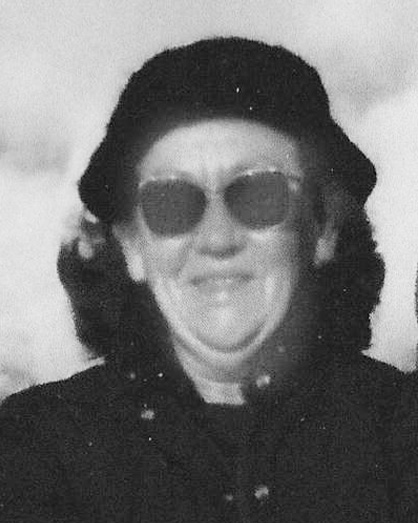 “Every tribe throughout the ages has had a story teller…” And the Noe and Keiser families of Stanford, Danville, and Eminence, Ky., just lost their best when Betty Ann Noe Keiser passed on November 7, 2017.

Daughter, sister, wife, and mother are only the most obvious roles she served in life. Betty Ann was also a noted genealogist and storyteller, a pilot at the age of 16 (in 1942), a lifelong learner, a devoted Presbyterian, a published poet and writer, an ever-budding artist, an entrepreneur and business woman, a gardener and fine cook, and an enthusiastic camper and fisherwoman who fondly remembered the day she won the prize for the largest smallmouth bass while her husband, Chuck, landed the prize for the biggest large-mouth bass in a fishing tournament on Lake Cumberland. Her work as a family genealogist formally documented the history of the Noe (and related) families back to their arrival in the United States in the 1700’s and their journeys down to and over the Cumberland Gap in Kentucky’s earliest years. Much of the research was done soon after Chuck’s retirement; together, BA (as her closest friends called her) and Chuck criss-crossed the United States in their camper, researching historical records in cemeteries and county courthouses by day while camping and fishing by evening and marveling at the natural landscapes along the way. Chuck and Betty Ann were an inseparable team in all the endeavors of their married lives.

BA was the second of five children born to Stith Thompson and Nancy Katharine Noe. She spent her 1920’s-30’s childhood in the town of Stanford and on the Cold Springs Hereford Farm in Hubble, Ky., attended Centre College, and upon graduation, worked briefly in Chicago before returning to her true loves: her fiancee Frederick Charles (Chuck) Keiser, her extended family, and her beloved Kentucky.

Betty Ann and Chuck established their home in Eminence, Ky., where Chuck was a banker and BA ran an insurance agency. They were a true husband and wife team in every way, working together to raise three children (Chuck, Bob, and Nan), manage their businesses, and contribute to the economic and social well-being of their community and their church. Chuck and Betty Ann relished the expansion of their core family, heartily welcoming daughters Evie Smith (Chuck’s wife) and Beth Bryant (Bob’s wife), and son-in-law Gary (Nan’s previous husband). They enjoyed traveling, adventuring throughout the U.S., Canada, and Alaska before settling in their winter vacation home on Manasota Key, Fla. BA’s lifelong scottish penny-pinching talents enabled them to not only enjoy a very comfortable retirement but also to support college educations for their grandchildren. And those grandchildren – Stith and Rebecca, Ethan and Clayton, and Annie and Russell added tremendous joy to Chuck and Betty Ann’s retirement years as have the more recent additions of grandchildren spouses Erin (Ethan’s wife), John (Becca’s husband), Erin (Stith’s wife), and Faith (Clayton’s fiancée). Betty Ann was thrilled to welcome Walker Joe, her first great-grandson, earlier this year.

Betty Ann lost her parents in the 1980’s; the love of her life, Chuck, in 2002; and her two brothers, Bob and Walker, in 2016. Her sisters, Nancy and Tippy (Edna) and sister-in-law Rose Marie, and her children, grandchildren, great grandson, and much loved nieces and nephews will carry on the Noe family values in loving memory of Chuck and Betty Ann. BA will be remembered for her strength, wisdom, grace, mensa-level intelligence, financial acumen, wit, and the care and love she gave so freely to family and friends.

Plans for a memorial service will unfold later this winter. Contact one of her children if interested in those details.

Somerset Undertaking Company and Crematory is in charge of arrangements.