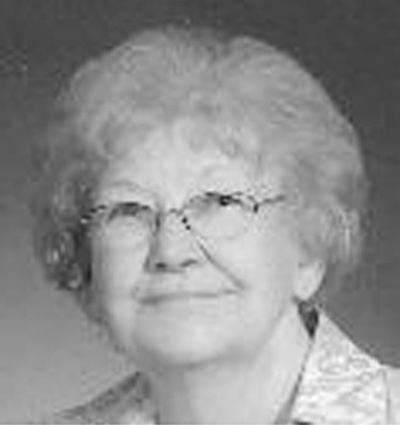 Elizabeth Frances McCammon Hamilton of Dry Ridge, was born July 30, 1930, in Lincoln County and died Thursday, Nov. 2, 2017 at her residence at the age of 87. She was a daughter of the late Raymond and Gladys Marie Walls McCammon, a homemaker, a member of the Order of Eastern Star Dorcas #277 in Cincinnati, Ohio, and a member of the Elmwood Wesleyan Church, Elmwood Place, Ohio. On September 15, 1952, she was united in marriage to her husband Travis Hamilton.

She was preceded in death by two brothers, Lewis Richard McCammon and Frank McCammon; and one sister, Pina Patterson.

Funeral services were Saturday, Nov. 4, at the Elliston-Stanley Funeral Home, Williamstown. Burial was Monday, Nov. 6 at the Buffalo Springs Cemetery in Stanford.