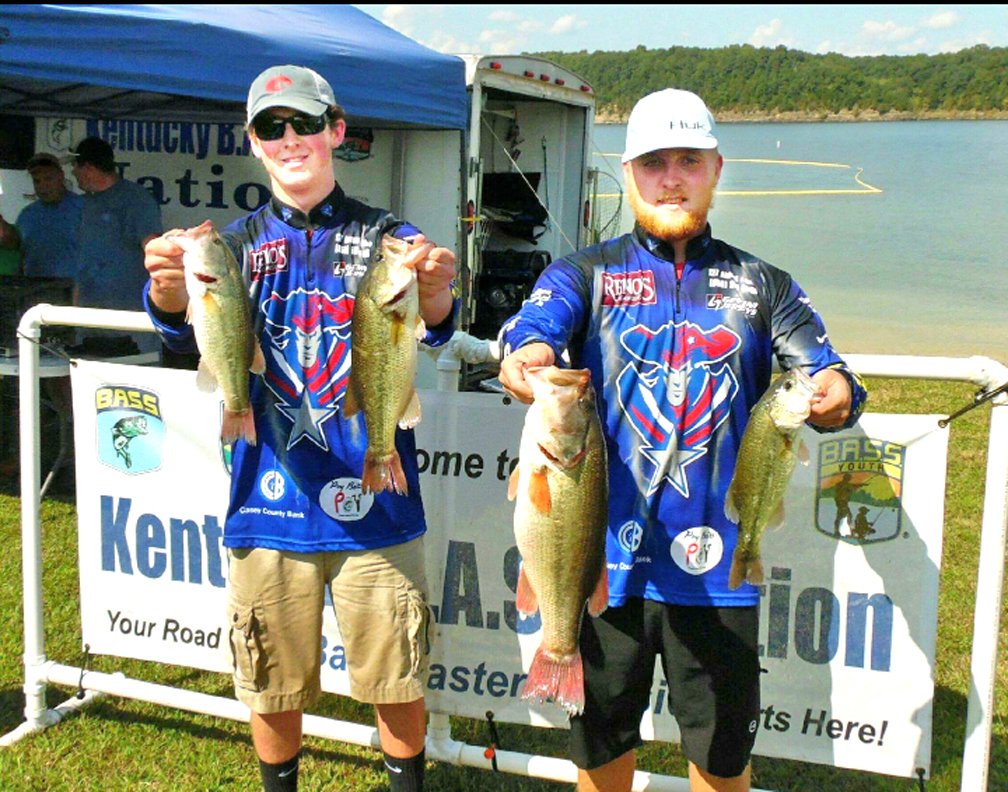 Numerous fishing teams recently converged on Green River Lake for a shot at winning the Kentucky BASS Nation High School Championships, but only one team would take home the first-place trophy.

And which team garnered the top prize in the two-day tournament?

It was none other than Lincoln County’s own bass fishing duo of Mason Moore and Dustin Jones.

Moore’s and Jones’ stringer weighed in at 20.33 pounds, resulting in the team’s title win against approximately 30 other high school teams from across the state that had qualified for the finals championship.

The Lincoln anglers caught the limit on Day 1 with a lead of more than five pounds, with Jones hauling in the largest catch of the event, a large-mouth bass weighing 5.37 pounds.

Given that the Kentucky BASS Nation Championships was a two-day event, the Lincoln team had to manage their fishing spots on Day 1 to ensure that they could catch a limit again on Day 2.

And they did just that.

Moore and Jones capped off their win by catching another limit on Day 2. Their Day 2 total put them at 20.33 pounds for the tourney, almost eight pounds more than the second-place team. The Patriot anglers utilized a variety of techniques in the championships, but dropshots, jigs, and frog accounted for most of their two limits.

All of the participating high school teams had previously qualified for the event by finishing in the top 5 at one of three previously held Kentucky BASS Nation High School qualifiers earlier in the year or by finishing near the top in points that were accrued at the events.

Moore and Jones qualified by fishing the qualifier event at Barren River Lake in July. They swept the July tournament as well, with both first place and big fish honors.

Both Moore and Jones received scholarship awards and BassPro Shops gift cards for winning the event.

Matthew Roberts and Richard Cornett of Perry County Central clinched the runner-up spot behind Moore and Jones at Green River Lake with a two-day haul of 12.86 pounds. Only four teams caught 10 or more pounds in the tourney. Danville Christian Academy’s team of Camden Slone and Caleb Hurst placed third with 11.98 pounds and the Boyle County duo of Clay Christopher and Coleman Clark caught 11.08 pounds.