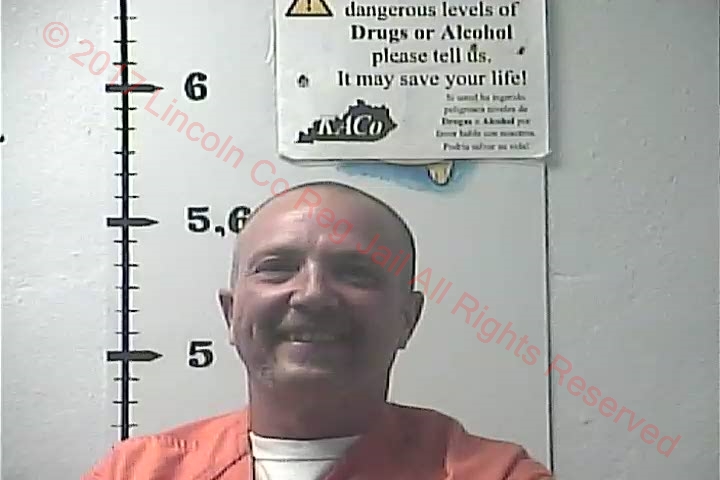 STANFORD – A Lincoln County inmate has turned himself into authorities after failing to return from his brother’s funeral while on temporary release.

Ricky L. Robbins, 49, turned himself in at about 7:30 p.m. Tuesday, according to Lincoln County Regional Jailer Rob Wilson.

Wilson said Robbins was granted a furlough by the judge after he wrote a letter requesting to be released to attend the funeral of his brother, Bobby Robbins.

Local law enforcement was notified that Robbins, who did not have a police escort to the funeral, had failed to return to jail and that he was armed and dangerous, according to Stanford Police Chief Zach Middleton.

Middleton said police were told Robbins had also made statements that he did not intend to return to jail.

“Stanford Police Department and Lincoln County Sheriff’s Office attempted to locate Robbins and searched several residences in the area that Robbins was known to frequently visit or stay,” Middleton said.

Robbins turned himself in a short time later and was booked back into the Lincoln County Regional Jail without incident.

Wilson said Robbins was placed in isolation upon his return, due to his criminal history.

Both Robbins brothers were arrested in February this year after a narcotics investigation turned up over 200 grams of crystal methamphetamine.

While Bobby Robbins remained outside of jail custody during the court proceedings, prior to his death on Sept. 25, Ricky Robbins was in custody on an unrelated charge of receiving stolen property, according to the jail website.