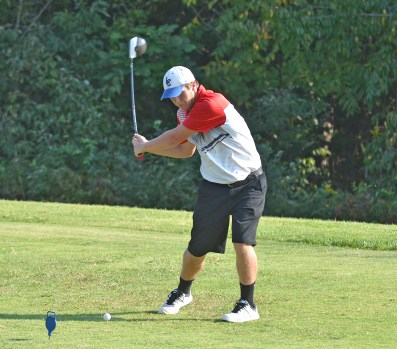 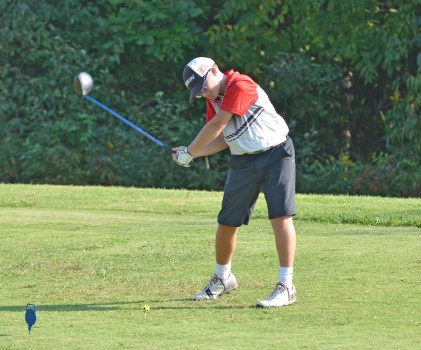 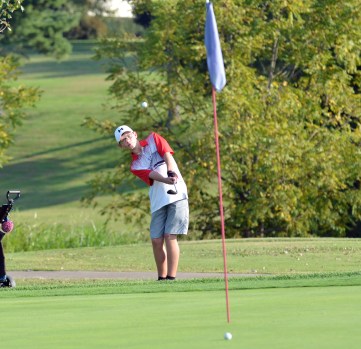 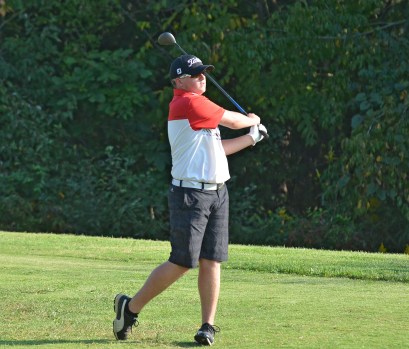 Photo by Nancy Leedy WYATT HON, an LCHS junior, led the Patriot golf team in regional competition Monday at Campbellsville Country Club. Hon had an 18-hole score of 84 in the Region 4 Tournament. 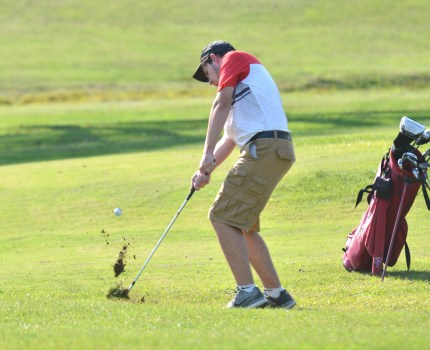 The curtain fell on the high school careers of a pair of Patriot seniors Monday, as the Lincoln County boys golf team’s season came to a close at the Region 4 Golf Tournament at Campbellsville Country Club.

For Chris Johnson and Cameron Young, the 2017 regional tournament was their final high school match as the Patriots finished fifth out of 19 teams with a four-man score of 348.

Only the top two teams at regionals and the top three individuals not on state-qualifying teams advanced to state. And, unfortunately, Lincoln was not among those leaders.

Wyatt Hon,  a junior, had the Patriots low round in the tournament with an 18-hole score of 84 and Johnson ranked second in Lincoln’s scoring with a round of 86. Young capped off his high school career with a 94.

Lincoln had five golfers on course at region, with the four lowest scoring golfers figuring in the team scoring. Lawson Hon, an eighth-grader, posted Lincoln’s third best score of the tournament with an 87 and Carson Jenkins, also an eighth-grader, rounded out the Patriots’ scoring players with a 91.

Taylor County captured the regional team championship with a score of 296 to earn an automatic berth in next week’s KHSAA State Golf Tournament at Bowling Green. Medalist Cooper Parks, a junior, led the Cardinals to the win with the tournament’s low round of 64.

Seventh-grader Luke Coyle had Taylor’s second low round of 74, Clay Barnett had a 76, Tanner Parks shot a 79 and Logan Peterson had an 80.

Host Campbellsville also advanced to state with a runner-up finish and a team score of 306. Layton Hord led the Eagles with a 73, Alex Doss shot a 75, Connor Wilson had a 77, Myles Munell had an 81 and Kamerson Smith had an 82.

Two local golfers were among the individuals earning state berths. Danville senior Jared Southerland clinched one of the individual state berths with a round of 73, Marion County’s Ethan Spalding also advanced with a 74 and Boyle County’s Will Gibson grabbed the final spot with a 75.