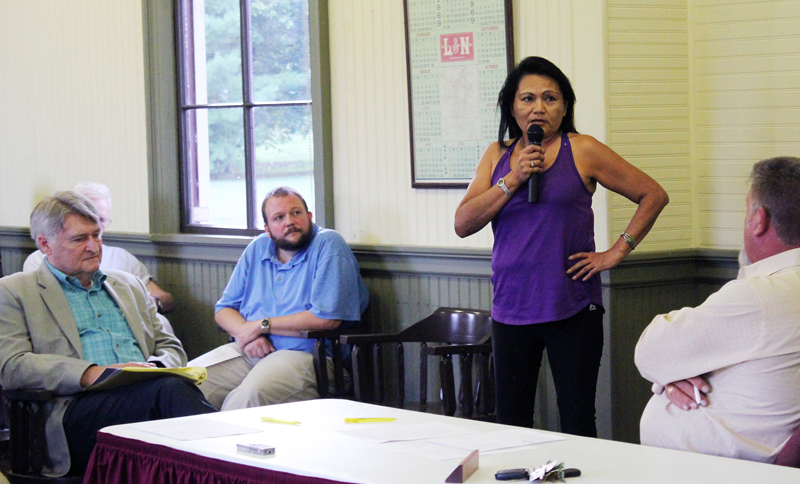 STANFORD – After a two-hour discussion Tuesday night, Stanford council members voted 4-1 to approve a proclamation designating Oct. 9 as Indigenous Peoples’ Day, as well as Columbus Day. Stanford is the first city in the state to pass such a proclamation, according to the Kentucky Native American Heritage Commission.

Commissioners were on hand to answer council members’ questions about the proclamation proposed by Angela Garner during the city’s regular meeting earlier this month.

“The commission has voted on this as a whole body to support this effort,” said Tressa Brown, Native American Heritage Coordinator. “(Commissioners) were tasked with this to bring this to communities we thought would be receptive to it.”

Brown said Stanford’s enthusiasm for preserving history is one of several reasons the commission decided to bring the proclamation to the council.

The proclamation designates Oct. 9 as Indigenous People’s Day in addition to the already established federal holiday Columbus Day and makes Stanford the first city in the state to do so, according to the commissioners.

There were two people who spoke in opposition of celebrating Indigenous Peoples’ Day on the same day as Columbus Day but said they were not opposed to celebrating on a different day. 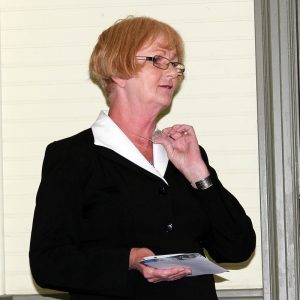 “Most Native communities do not celebrate Thanksgiving the way that maybe people around here do. In fact, often it is considered a day of mourning,” Brown said.

Brown said the reason for choosing to celebrate Indigenous People on Columbus Day is because it is the beginning of the cultures encountering one another.

“The beginning of those exchanges of culture, for bad or good, that’s when it happened,” she said. “And we really want to acknowledge the Native part of that story.”

Bill St. Pierre, also a commissioner, spoke on the early history of the time period as well as the growing movement to acknowledge the Native American aspect of it.

“We’re not asking for any money for any kind of vested interest we might have, we’re not even asking you to remove the federal holiday or replace it. We’re just asking you to step out of your comfort zone a little bit and to observe Indigenous Peoples’ Day alongside Columbus Day in the city,” St. Pierre said.

Angela Garner, a Stanford resident and commissioner in the area, said she has always known her community to be proud of it’s own history and to take the lead in preserving the history.

Garner said she knows of many in Stanford who are proud of their Native American heritage.

“I’d like for Stanford to be the first city in the state of Kentucky that passes the Indigenous Peoples’ Day proclamation. I want Stanford to make history,” she said. “I think that we’re a city of firsts and one of the first counties of Kentucky and the second oldest town in Kentucky. We are proud and enthusiastic to bring in tourists from everywhere to help us celebrate our history here and part of that is the fort reenactment where we celebrate both the European settlement of Logan’s Fort but also our Shawnee heritage and the Shawnee role in Logan’s Fort.”

A former teacher, Dolores Fegan said the proclamation would present teachers with an opportunity to balance the teaching of the time period, as well.

Speaking from her own perspective as a resident of the area and full-blooded Navajo, Lauri Lake said Thanksgiving is not a holiday for Native Americans.

“Every day we give thanks. We give thanks to mother earth, father sky, everything that’s around here, every living thing,” Lake said. “That is the way we are taught.”

Lake said there are more than 365,000 full-blooded Navajos still in the country today.

Councilwoman Peggy Hester suggested the language of the first sentence referring to the time period of Native American existence in Kentucky from “12,000 years” to “thousands of years” as not to offend religious organizations who differ in beliefs on the beginning of mankind.

The final proclamation, which is for 2017 only and subject to approval again in a year, also states that it “in no way replaces recognition and observance of Columbus Day as a federal holiday within the City of Stanford.”

Some council members, including Ronnie Deatherage and Scottie Ernst expressed hesitation, given the current climate surrounding the removal of confederate statues within the United States.

Deatherage said since the meeting he has spoken to multiple Stanford residents each day and only two were in support of the proclamation.

Hester said the people who opposed the proclamation should have come to the meeting.

Deatherage said Columbus Day was originally a celebration of the event of America’s discovery and not the man alone. Brown said Columbus Day has since become divorced from that true meaning and still doesn’t recognize the Native American heritage.

Councilwoman Sara Givens said as an African American woman, she understands what it feels like to have her own heritage ignored.

“I graduated from Lincoln High School in 1963 and all through the text books there was nothing about the African American. It’s just recently that I am learning more about my culture because it never was there,” she said. “Unless you walk in my shoes, you don’t know anything about me. You have to walk in my shoes to understand the culture.”

Givens said she is proud to be an African American, a part of Lincoln County and a part of the city council.

“We have to look at things through new eyes,” she said. “I’m not an Indian and I don’t know the Indian story unless i read about it…Everybody needs to know about each other. I heard somebody say ‘We’re in this thing together’ (and) there’s no other way around it.”

Council members Hester, Givens, Deatherage and Ernst voted in favor of the one-year proclamation, with the changes suggested. Councilman John Sallee voted against the motion. 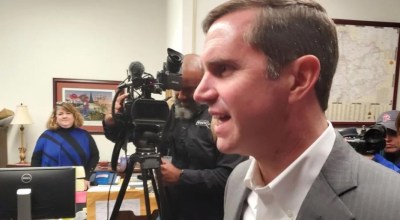 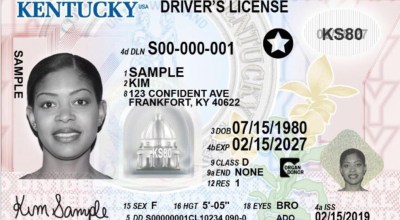