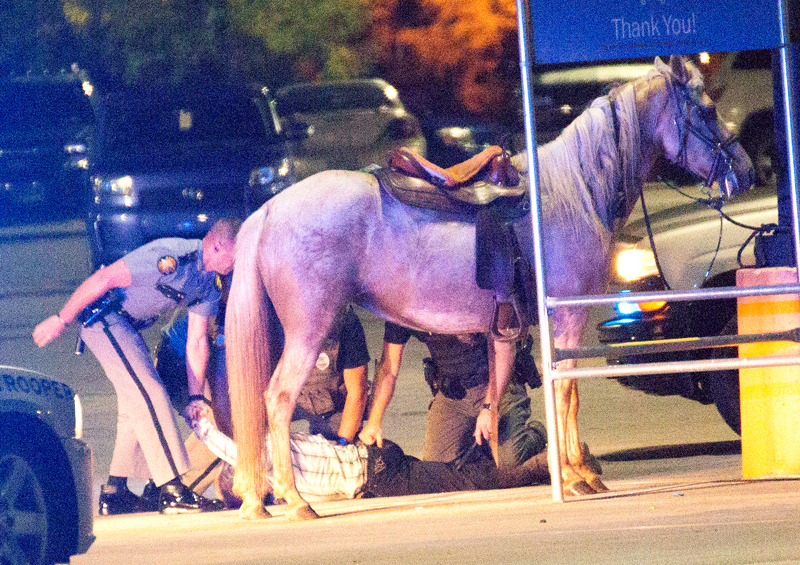 Photos by Ben Kleppinger Police arrest a man outside Walmart Sunday night after he fled on horseback. 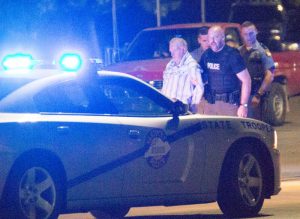 STANFORD – A man is facing several charges after he fled from police on horseback Sunday night in Stanford and allegedly threatened to kill an officer.

According to Stanford Police Chief Zach Middleton, dispatchers received a call Sunday evening about a man riding a horse on U.S. 27 north. The man was reportedly obstructing traffic and “screaming and yelling.”

“They tried to get him to stop and he refused to stop the horse. He kept going around the cars,” Middleton said.

Middleton said police basically provided a rolling escort for Cook as he continued to travel down U.S. 27 and refused to stop.

“They activated their lights to caution people that a man was on a horse heading (toward) them,” Middleton said. “I guess you would call it a rolling escort with this guy on a horse still screaming and yelling.”

Police attempted to stop Cook and his horse several times.

“They didn’t use any sirens, no sirens or horns, because they didn’t want to alarm the horse or make it take off,” Middleton said. “They did a good job not spooking the horse and keeping the guy on it safe as well.”

“He told him he was going to kill him and kept riding the horse and refused to stop,” he said. “When they got to Walmart they were able to set up enough of a moving road block to where he had to maneuver the horse into the Walmart parking lot.”

It was then that Cook finally dismounted the horse, Middleton said, and proceeded to make aggressive movements toward the police officers.

After resisting arrest, Cook was subdued by multiple officers and taken into custody. 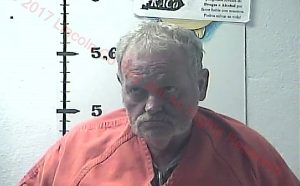