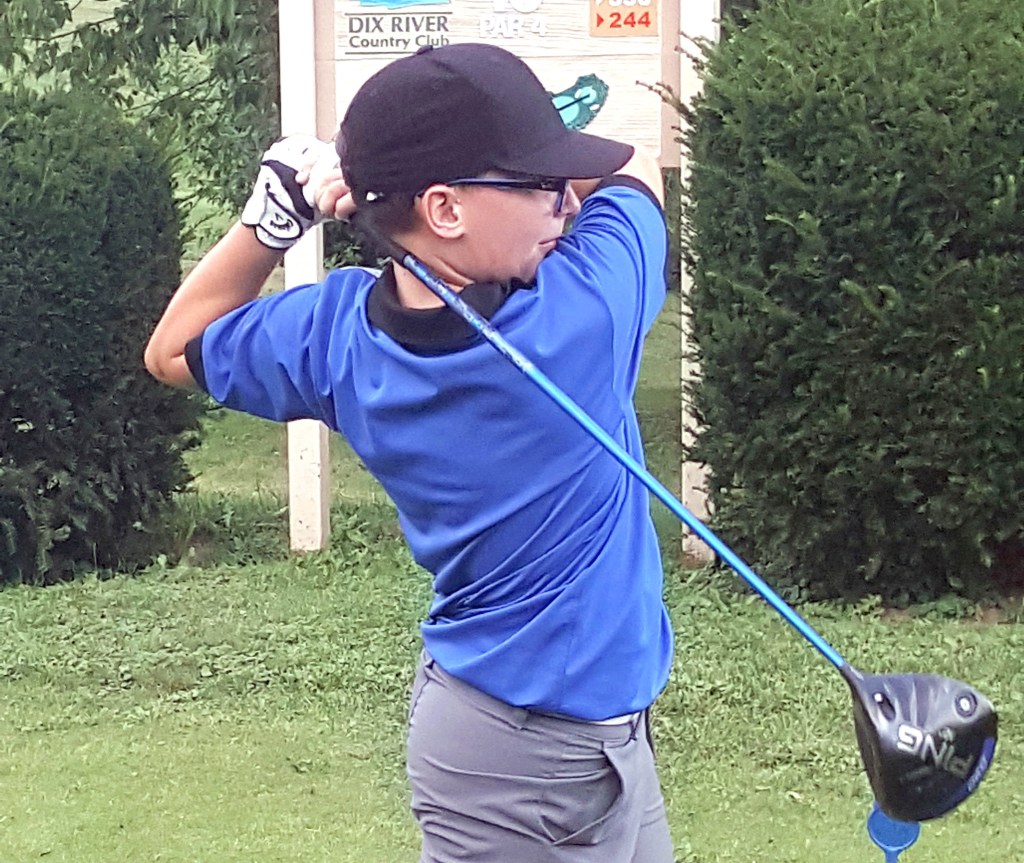 Photo by Kevin Bandura LAWSON HON watches his tee shot off No. 10 at the Dix River Golf Course in Tuesday’s win over Casey County. Lawson and his brother Wyatt led the Patriots with the day’s low round of 41.

The Lincoln County High School boys’ golf team improved to 2-0 Thursday with a 40-plus stroke win over Casey County at the Dix River Golf Course.

The Hon brothers, Wyatt and Lawson, carded Lincoln’s low score in the win, with each shooting a 41 in the match with the visiting Rebels.

Chris Johnson turned in a round of 43 and Cameron Young shot a 44 to give the Patriots a team score of 169, 43 strokes lower than the Rebels’ team score of 212.

Five scoring players compete for each team with the four lowest scores counting toward a team’s score.

Lincoln’s fifth scoring player in the match was Carson Jenkins, who finished with a 51.

Unfortunately for the Patriots, the win streak would end at two as Rockcastle County handed them their first loss, 153-161, Tuesday at Cedar Rapids Country Club.

Wyatt Hon and Chris Johnson both shot sub-40 rounds, with Hon carding a 36 and Johnson a 39.

Lawson Hon and Young both shot a 43 in the match and Jenkins shot a 56.