If state pensions are not addressed in near future, expect huge cuts in state funding 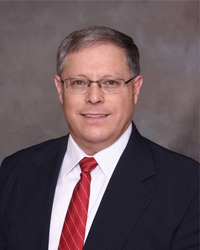 Bringing about a flurry of facts and a storm of misconceptions, Kentucky’s pension crisis has become one of the most dominating news stories in recent months. One thing is for certain: if our state pensions are not addressed in the very near future, we will face huge cuts in state funding. Education, Medicaid, and other government services would likely be affected—a risk our state is not in a position to take.

So how did we get to this point? In the early 2000’s Kentucky’s pensions were in a healthy condition. While there was not one single cause for the pensions’ downhill slide, factors such as faulty assumptions led to underfunding which continued throughout the decade. The lack of proper funding over this amount of time eventually led to the critical state of our pensions today. The General Assembly took steps toward reforming the Kentucky Employees Retirement Systems (KERS) and the County Employee Retirement System (CERS) in 2013, but the Kentucky Teachers Retirement System (KTRS) was not included in those measures and the problem continued to grow.

This is not a partisan issue. In 2016 the General Assembly—Republicans and Democrats—made a commitment to address the issue. This started with a dedication of $1.2 billion annually to help with the shortfalls in KERS and KTRS as well as establishing a permanent pension fund. We also hired a third party organization, the PFM Group, to investigate the state of our pension systems.

What happens if we keep kicking the can down the road? The only path forward would be to cut funding in other areas of state government. Kindergarten-12 public education would bear the brunt of the force, creating larger class sizes, fewer teachers, and a lower-quality education for our students. Higher education would also feel the cuts and make college less affordable. Medicaid, public safety, and infrastructure would also suffer in this unfortunate scenario.

But there are ways to avoid that situation. There is a path forward that allows us to balance our legal and moral obligation to our retirees while reforming the broken systems. Our priority is ensuring our retirees have a secure retirement that will provide for them in the years to come without taking away from other priority state programs. Addressing this crisis will not be an easy task, but I will continue to work alongside my colleagues in the General Assembly to ensure we find a solution that provides for our retirees while being responsible stewards for taxpayer dollars.

If you have any questions or comments about the issues or any other public policy issue, please call me toll-free at 1-800-372-7181 or you can email me at Rick.Girdler@LRC.ky.gov.  You can also review the Legislature’s work online at www.lrc.ky.gov.