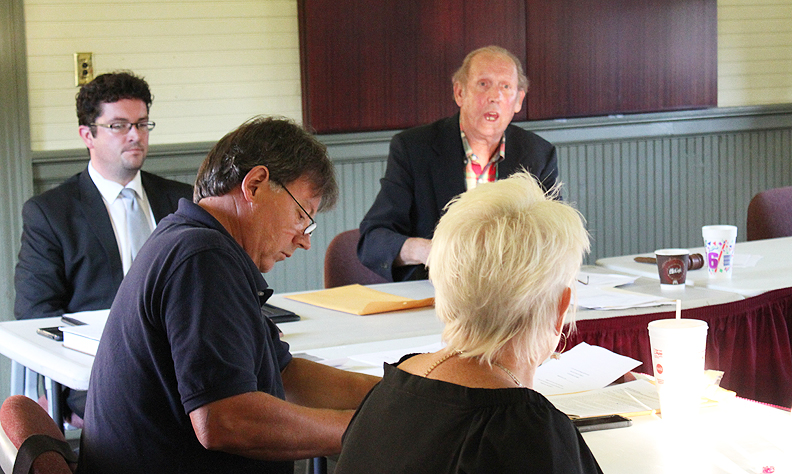 STANFORD – The City of Stanford has denied that a July 27 emergency city council meeting and closed session was illegal but has taken remedial steps in response to an open meetings complaint filed by The Interior Journal.

“Unfortunately, it is the position of the City that no violation took place on the herein referenced date and that the City of Stanford substantially complied with the requirements of law, in both the calling of the meeting and discussion therein,” a response to the complaint from City Attorney Chris Reed states.

The Aug. 2 open meetings complaint filed by the newspaper argues that no information or details were given as reason for calling the emergency meeting, aside from “pending litigation,” and that the general nature of business to be discussed in closed session was not disclosed prior to entering the secret session.

The formal complaint argues that the city failed to state the emergency circumstances that prevented compliance with other portions of the open meetings law and failed to give “specific and complete notification in the open meeting of any and all topics” which were to be discussed.

Reed argues that the city substantially complied with the open meeting provisions.

“Any oversight in compliance is inadvertent and it is the position of the City that no person was prejudiced in the oversight and that it substantially complied when it announced it would be discussing ‘pending litigation,’” Reed’s response states.

While the response denies the violations occurred, it proceeds to detail the reason for calling the meeting and the discussion that took place – actions that were offered as remedies to the violations by the newspaper in it’s formal complaint.

“The exact reason for the meeting was to discuss strategy in two pending and/or imminent cases,” the response reads. “The first case was City of Stanford v. Cherry, which required fast action due to scheduling of attorneys and court. Second was the unexpected and serious allegation of illegal dumping against the City of Stanford and its mayor, which was published in The Interior Journal on July 27, 2017, along with statements from said mayor and various support staff.”

The condemned property case and potential pending litigation resulting from the illegal dumping reported “created the emergency circumstance,” according to Reed.

“The public business discussed during the closed session concerned legal strategy in City of Stanford v. Cherry. The particulars of that discussion are exempt from the Open Meetings Act,” the response reads. “The second matter of business was to discuss the accusations heretofore referenced against the city and the possible legal action (s) which may result from them.”

All other details are protected from disclosure, the response adds.

Reed confirmed that each council member was given a copy of the Kentucky Attorney General’s booklet “Your Duty Under the Law” during the regular Aug. 3 meeting as requested in the newspaper’s list of remedies to violating the Open Meetings Act.

“This inadvertent mistake I pray did not inconvenience or prejudice you in any way and I assure you that in the future, I will be taking a more direct approach to these meetings,” Reed writes.

The newspaper will decide this week if it will appeal the city’s response to the Kentucky Attorney General.