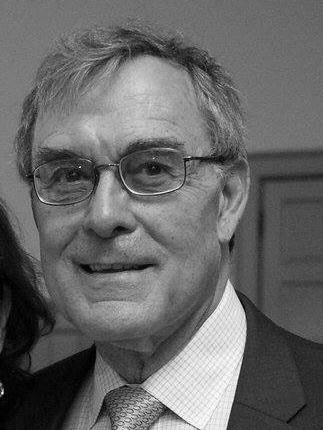 Christian John Camenisch II, 74, passed away August 12, 2017 after a courageous battle with cancer.

Chris was born in Stanford, Ky., on December 25, 1942, the fourth child in a family of twelve, and grew up on the family’s, Logan’s Fort, dairy farm.

He was preceded in death by his parents, Oscar and Elinor Nunnelley Camenisch; two brothers, John Coleman and Bunky Camenisch; and his sister, Mickey Davis.

Chris attended school in Stanford and Danville and graduated from Danville High School in 1961. As a Boy Scout he earned his Eagle Scout and God and Country Awards. He was a life long Presbyterian. Chris served in the Marine Corps and graduated from Centre College where he was a member of the Delta Kappa Epsilon (Deke) fraternity. After graduation from the University of Louisville Law School, Chris set out to gain a wider education in world cultures. He attended Heidelberg University in Germany, Strasbourg University in Alsace France, Czechoslovakia University in Prague and The University of Salamanca in Castile, Spain, interspersed by periods of work as a criminal public defender in Washington, DC. He visited his ancestral home in Graubünden Canton, Switzerland often and was well known by family members and citizens of the Viamala district. Chris counts among his closest friends citizens of Switzerland, Germany, Romania, and India.

Memorial donations are suggested to Hospice of the Bluegrass.