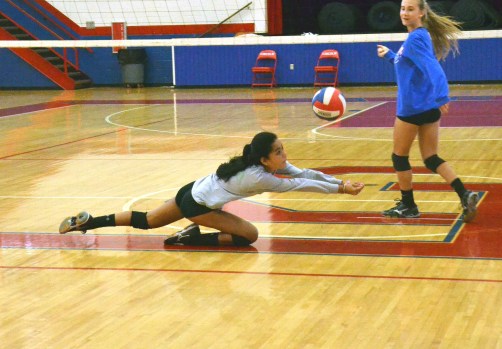 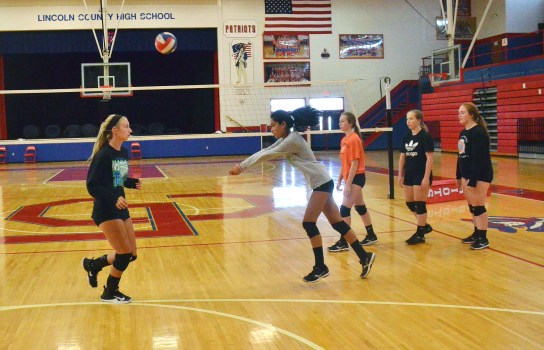 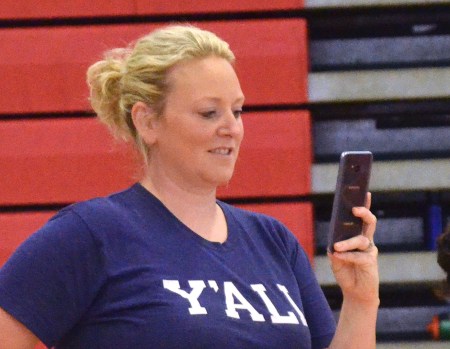 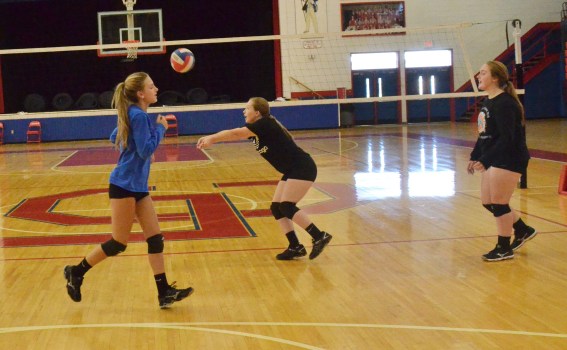 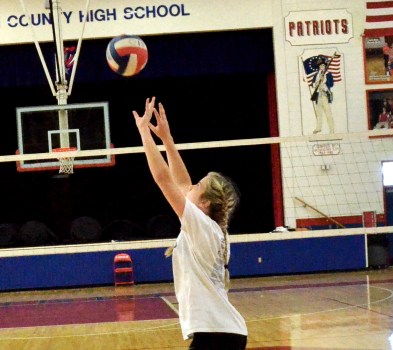 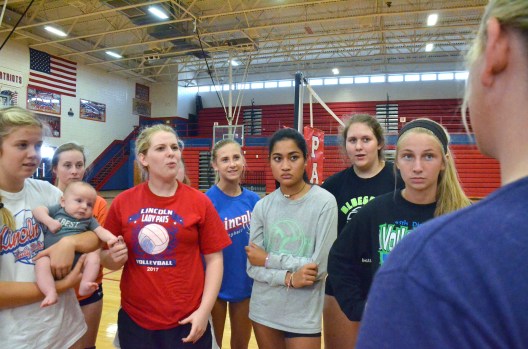 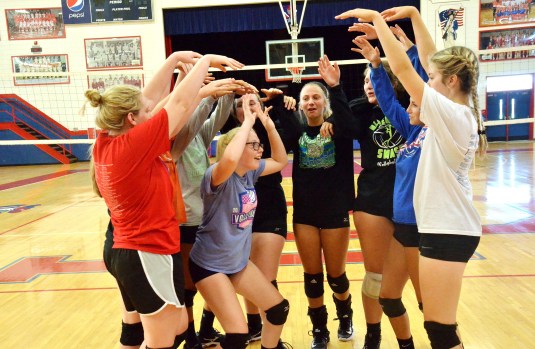 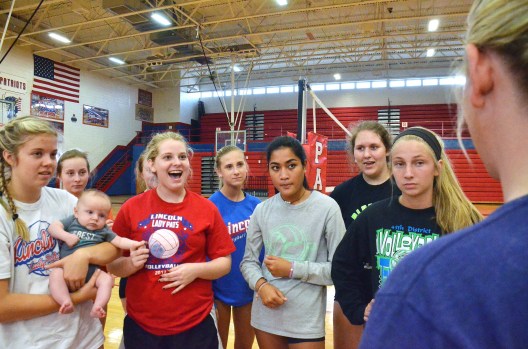 STANFORD — The Lincoln County High School volleyball team combined its competitive spirit with its passion for volleyball to help set a new Guinness World Record for most consecutive volleyball passes on Tuesday, Aug. 8, 2017.

Surprisingly, it wasn’t a team mission. They just did it on the fly.

At the conclusion of a lengthy practice Tuesday afternoon, just as the Lady Patriots were preparing to leave, LCHS assistant coach Kallie Bailey called them to the sideline. The presence of the newspaper at practice prompted the athletes to question if they were doing team pictures, and that’s when Bailey announced that they would be attempting to set a new record for most consecutive volleyball passes before leaving for the day.

“We do team bonding and I was looking for something fun for us to do,” said Bailey. “I was trying to think of a silly volleyball world record we could try to break and when I saw the record for most consecutive passes was 127, I thought it would be cool to apply and try for the world record.”

While Tuesday’s announcement caught the team by surprise, “We can do that easy” was the response when told that the current record was 127 consecutive passes. After all, they had made 206 consecutive passes in practice on Monday.

“They crushed it,” Bailey stated. “They passed the ball for 23 minutes straight. I had no idea they could pass it that long. I was hoping to get 500 passes.”

The new record of successful passes beats the previous record which was set by D.S.V.V. “Punch” in Delft, Netherlands, on Oct. 2, 2015.

One might think that setting a new world record would be cause for a big celebration. But no. The Lady Patriots were actually mad.

“They were mad at the end because I made them kill it (ball),” Bailey said. “They are so competitive. I was yelling at them to stop at 500, but when they hit 500 Savannah (Smith) yelled out, ‘Let’s go for 1,000!’ And when they got to 1,000 they still didn’t want to stop. They got in a few more passes before (Jessie Wilson) finally killed it.”

The Lady Patriots’ record-setting effort is not official just yet, as no Guinness World Records officials were present at the attempt.

“Because there are so many record-setting tries, (Guinness) said they can’t send someone to watch every attempt,” Bailey said. “I have the application and will send that in with the video and other points of evidence and they will decide if the new record is legit.”