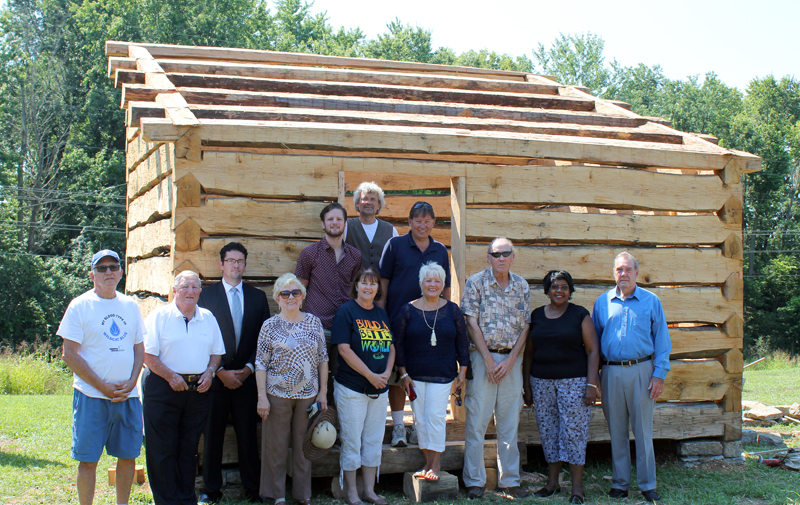 STANFORD – Logan’s Fort is closer to looking like it did in 1777 thanks to a new cabin that was added to the scene last week.

Not only is the cabin accurate to the historical drawings but it was also constructed in the same fashion as it would have been in 1777.

“It’s all handmade, like they would’ve done it back in the day,” said Stanford Mayor Eddie Carter.

The handy work was done by Village Restorations and Consulting INC., out of Pennsylvania.

Roland Cadle said he hewed and notched the logs in the same fashion as they would have in 1777.

“This is a broad ax, it’s actually an original ax from the time of the fort here,” he said. “It’s not an issue of construction, it’s history. 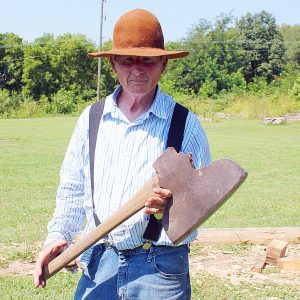 Photo by Abigail Whitehouse
Roland Cadle poses with an ax from the time period, which he used to build the cabin.

“It means more to me to be able to say not only was it done in the way it was done, but historically it’s an accurate building. This is what you see on the frontier in the fort.”

“With a broad ax I can hew about 250 running feet in a day,” Cardle said. “Actually there’s almost two weeks of doing nothing but swinging an ax to produce that.”

Irene Jaggers, of the Logan’s Fort Foundation, said many people contributed to the project from giving large rocks to loaning materials and equipment. 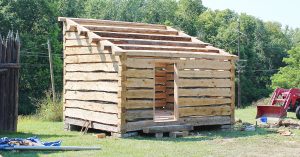 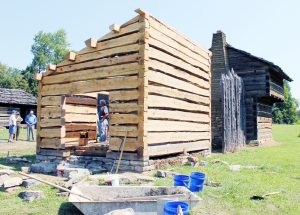