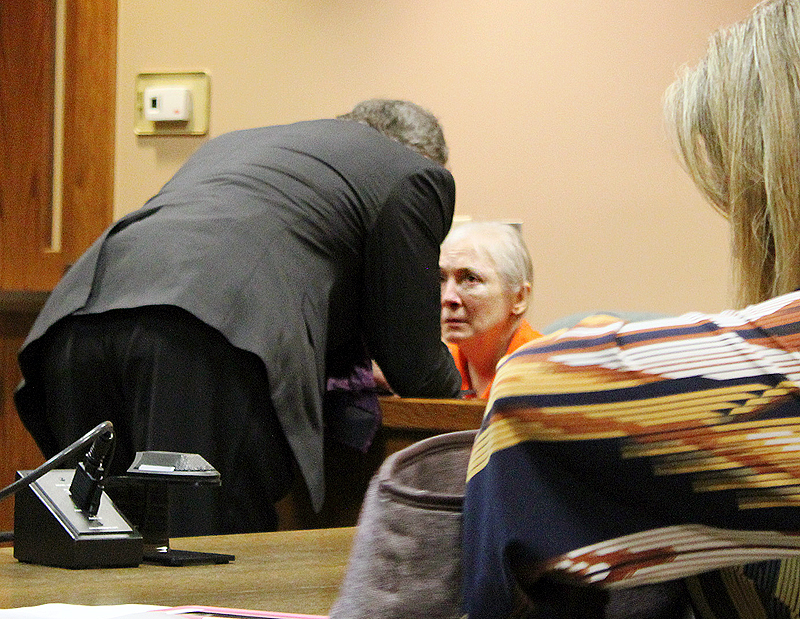 STANFORD – The woman accused of murdering her mother last year was found dead in a home on Upland Drive last week, according to the Lincoln County coroner.

In 2016, Stevens was charged with murder after her mother, 78-year-old Carolyn Tiller was found dead in the basement of the family’s residence on Upland Drive.

Stanford Police Detective Tim Morris said while the criminal case has now been closed, the lack of closure in the case is a disappointment.

“It was a shock when it occurred,” Morris said. “I’m still convinced that she was responsible for her mother’s death.”

Morris said there were several pieces of crucial information that had not been analyzed by the laboratory and police were getting ready to send them back for analysis when they got news of Stevens’ death.

“Everything just wasn’t finished,” he said.

Despite the murder charge, Stevens was released from jail after 60 days and the restrictions originally placed on her had been lifted while police waited for all of the lab results to return.

Stevens was found dead last Thursday around 2 p.m. on the couch, similar to how Tiller was found, but in a different residence on Upland Drive, Morris said. She had been dead for several hours.

“She was found on the couch much the same as her mother was, except at a different house,” Morris said. “She had been picked up at the house and set on the couch. We know that for a fact because the guy admitted to it.”

According to the coroner, there was nothing suspicious found at the scene of Stevens’ death. Toxicology results are pending, Marcum said.

“I brought Stanford Police Department in due to the fact of the nature of the ongoing investigation,” Marcum said. “It’s just a sad deal.”

Morris said there are a few financial questions that police are looking into but the murder case has been closed with no conclusion.