Why protect speech we don’t want to hear? We need to hear it 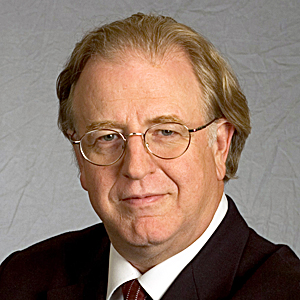 Inside the First Amendment

We periodically test and retest the limits of free speech — in effect, revisiting the legal and societal implications of that old childhood refrain, “sticks and stones may break my bones, but words will never hurt me.”

Recently, free speech has been winning…even when it hurts, as surely it sometimes does.

Just a few days ago, the U.S. Supreme Court said a Seattle rock band called “The Slants” had a right to register its name over the objections of the Patent and Trademark Office.

The government’s contention was that the name is also a derogatory term for Asian Americans, and as such violated a federal act prohibiting trademarks that “disparage…or bring…into contempt or disrepute.” But Justice Samuel Alito’s opinion in Matal v. Tam said that denying the trademark “offends a bedrock First Amendment principle: Speech may not be banned on the ground that it expresses ideas that offend.”

Alito also rejected the idea that the government’s role should include efforts to stamp out ideas that offend large groups of people. Such an active effort, he said, “strikes at the heart of the First Amendment. Speech that demeans…is hateful, but the proudest boast of our free speech jurisprudence is that we protect the freedom to express ‘the thought that we hate.’”

In a concurring opinion, Justice Anthony Kennedy said protecting offensive speech also protects all speakers who hold views not shared by the majority of citizens: “A law that can be directed against speech found offensive to some portion of the public can be turned against minority and dissenting views to the detriment of all…The First Amendment does not entrust that power to the government’s benevolence. Instead, our reliance must be on the substantial safeguards of free and open discussion in a democratic society.”

Granted, we’ve decided as a nation that some speech is outside the First Amendment’s purview; true threats and fighting words, blackmail, child pornography and attempts to immediately incite violence among them. But we must continue to narrowly define in law what is not protected, even if it means standing in defense of the rights of those who would provoke, challenge or even disgust most of us.

The same “free and open discussion” logic underlying the Matal v. Tam decision was expressed in 2011 by Chief Justice John Roberts, in turning back a civil lawsuit seeking penalties against the so-called “Westboro Baptist” group that protests at the funerals of fallen U.S. military personnel, often with signs crudely opposing gay rights and other religious groups.

“Speech is powerful. It can stir people to action, move them to tears of both joy and sorrow, and — as it did here — inflict great pain,” Roberts wrote. “On the facts before us, we cannot react to that pain by punishing the speaker. As a Nation we have chosen a different course — to protect even hurtful speech on public issues to ensure that we do not stifle public debate.”

We need to know the depth and manner in which all kinds of ideas exist, if only at times to understand how to effectively oppose or refute some of them. Such understanding is a necessary foundation for the marketplace of ideas, that competitive element that undergirds a democratic republic.

None of this says any of us have to passively accept that which we do not like, or abhor. We may bring our complaint in the court of public opinion rather than in its legal counterpart. Effective? You bet.

Just ask comedian Kathy Griffin, who quickly found out she crossed a line into unacceptable — though still legally protected — speech, when she posed with the faux severed head of President Trump. Faced with a deluge of online criticism and cancellation of public appearances and a network TV deal, she apologized profusely: “I beg for your forgiveness. I went too far,” she said in a video posted on Instagram. “I made a mistake and I was wrong.”

And turning to late-night host Stephen Colbert: The FCC properly refused to act against Colbert for a crude on-air reference to oral sex in a joke about President Trump and Russia’s Vladimir Putin. But after wide public outcry over both the words and the tenor of the joke, Colbert responded, “While I would do it again, I would change a few words that were cruder than they needed to be.”

We do at times find instances in which speech begets conduct that is not protected. In Massachusetts, a teenager will appeal a June 15 verdict in a “suicide by text” case. She was convicted of involuntary manslaughter as a result of her text messages to a suicidal boyfriend that the court found showed “wanton and reckless disregard for the life of the victim.” Free speech advocates say the decision could criminalize speech never intended to cause real harm, such as the childish taunt to “go jump off a bridge.”

This current list of contentious free speech issues also includes proposals in some state legislatures to limit public protests, debates over campus speech codes and speakers, and even wider arguments over how to deal with free speech on the Internet that is considered “fake news.” Each of those subjects merits their own lengthy discussion.

No one solution fits, or fixes, all. We must have the courage to defend against those who would take a shortcut through the First Amendment in the name of preserving good taste, protecting public sensibilities, or even in defense of “truth.”

Gene Policinski is chief operating officer of the Newseum Institute. He can be reached at gpolicinski@newseum.org, or follow him on Twitter at @genefac.