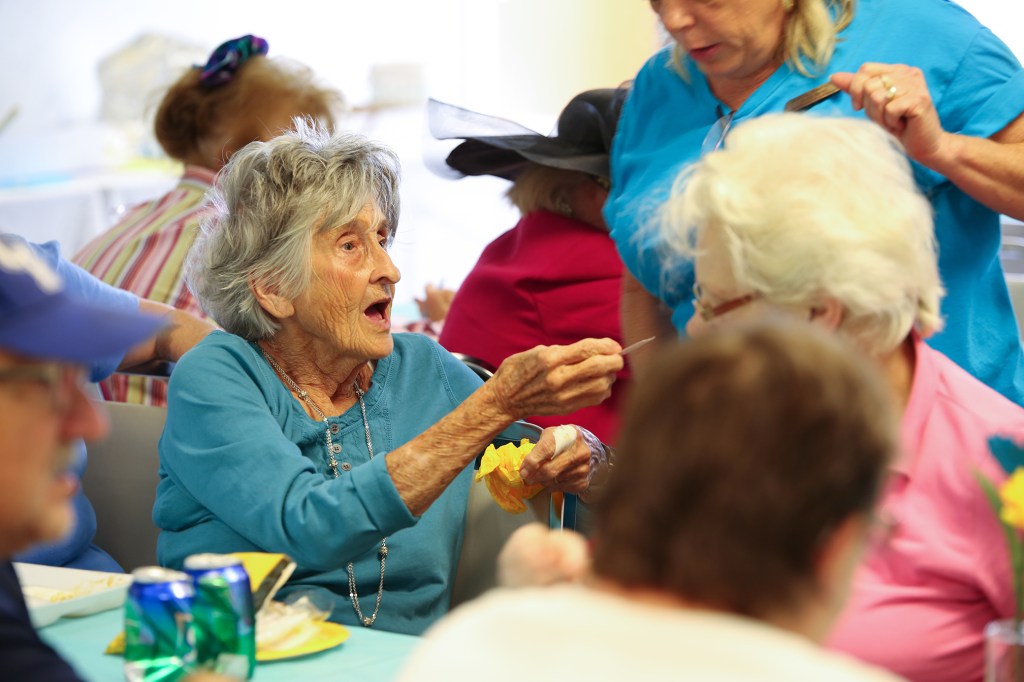 STANFORD — What we see as technology’s glitz and glamour is often gilded for the elderly, so guiding them through the digital age has become a major goal for senior centers across the country.

From the way we pay for things to the way we communicate, new devices and the internet have become essential to our everyday lives. While these things make day-to-day tasks easier for many, they can be troublesome for those who learned how to navigate the world differently in the past.

That’s no different here in Lincoln County, where more than 20 percent of the population is age 60 and older, so the Senior Citizen Center’s new director, Miranda Perkins, is trying to make new technology central to her nonprofit agency’s services. To that end, she and administrative assistant Donna Nantz have applied for a $5,000 grant to bring in new laptops, desktops and tablets and open a computer lab.

“I’ve got this little idea in my head: ‘senior helping a senior,’” Perkins said. “We’re having to wait and see if we’re getting the funding for this, but … my goal is to work with some high school students.”

Having applied for the Kentucky Colonels Good Works Program grant in March, Perkins and Nantz won’t know for sure whether the center will get the money until Sept. 8.

Even if funding is approved, they might not get the full amount.

Considering how big and necessary of a challenge the divergence of technology and aging is to overcome, however, they have already decided to launch a fundraising campaign if the grant doesn’t work out or isn’t fully funded — after all, setting up something with Lincoln County High School would be impractical if they didn’t have the equipment they need. 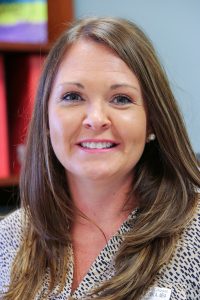 Miranda Perkins, director of the Lincoln County Senior Citizen Center, poses for a photo at her office in Stanford on June 19. Photo by Joshua Qualls

Perkins said the plan is to empower senior citizens to reclaim some of the independence that they might have lost while the world has changed around them, sometimes beyond their level of understanding or concern.

It would be worth the effort, she said, because setting up such a program would benefit the elders, the students and the center.

“I think that’s a great idea,” said Allison Caban-Holt, a behavioral health professor at the University of Kentucky’s Sanders-Brown Center on Aging. “I think what we’ve found is, if someone takes a little time with (elders) to introduce them to the technology, that some of them embrace it.”

The U.S. Census Bureau estimated in 2016 that the overall population of Lincoln County has shrunken by 1.5 percent while the number of persons 65 years and over has since increased by 2.7 percent.

With a growing population of senior citizens and a growing reliance on digital services and devices, elders who were otherwise capable under older systems and processes now might not be able to help themselves, particularly because of their troubles with the internet.

“When President (George W.) Bush started the Medicare D, … there was no office that was designated,” Nantz said. “The social security office wasn’t going to help the recipients, the local public assistance office … didn’t help, so we were the only agency in our county that was dedicated to Medicare Part D prescription assistance. But President Bush said, ‘It’s easy, you can just get on the internet and do it.’ They didn’t know how to turn a computer on.”

Flash forward about 11 years and things aren’t much easier now, if at all.

Elders get frustrated when they have difficulty paying the bills, accessing the internet and getting through automated phone systems, so the learning curve with new technology sometimes interferes with their ability to manage their own lives.

While some things are becoming more difficult, some things are getting easier. For example, smart devices appear to be a boon for elders’ social interaction — at least when it comes to communication with friends and family.

“This is a great way to connect with the grandkids,” Caban-Holt said, noting elders appear to love social media like Facebook. “Sometimes someone else needs to introduce it to them and be patient with them until they feel more confident with it.”