Horton signs with CU: Right-hander to pitch for Tigers 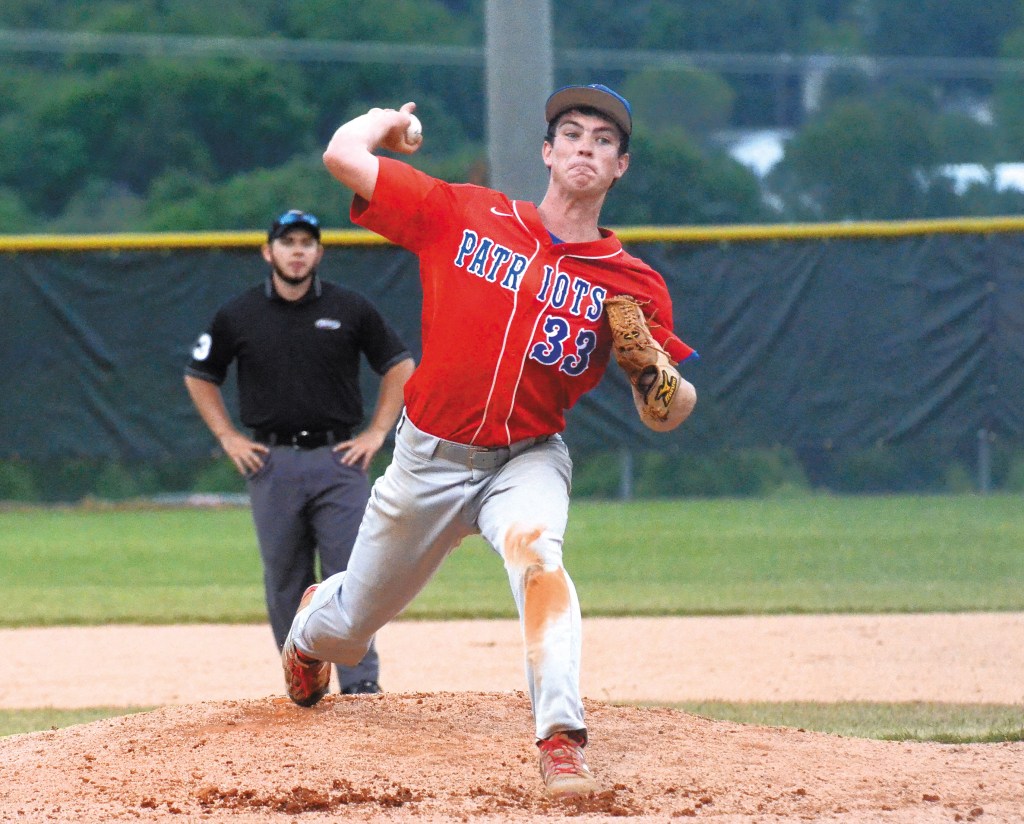 Photo by Nancy Leedy NOAH HORTON will be taking the mound for the Campbellsville Tigers the next time he steps on the diamond.

The “love of the game” for Noah Horton began when he was around 3 or 4 years old as he stepped onto the t-ball field.
“I’ve loved playing ball ever since I can remember,” the Lincoln County High pitcher said. “I’ve been playing ball a long time and I’ve been good at it.”
But the diamond really wasn’t what he saw in his future.
“It had always been my dream to further progress my baseball career, but then I got big in basketball so I was thinking I was going to do something in basketball.”
However, the draw of his first love was too much for Horton to resist. He did not finish out his junior year on the basketball team, refocusing his attention on baseball.
The combination of that love and his re-dedication to baseball afforded the hard-throwing right-hander a chance to take the mound at the next level. Horton signed to play baseball for Campbellsville University, an NAIA school.
“Baseball’s really been my sport, especially here late. I found my spot and I’m excited that they are giving me a shot to play college ball,” Horton said. “I’m ready for the opportunity. I can’t wait to see what my future holds.”
Why Campbellsville?
“I just kind of like the smallness of it, because it is a small school, and it’s Christian-based, which was important to me,” said Horton. “I’m real hard on Jesus and my Christianity and that was a big part of my college choice.”
Asbury University and Alice Lloyd College were among the isolated list of small, Christian-based schools that Horton narrowed his college choice down to before finally picking Campbellsville
“There’s always been something about Campbellsville,” Horton said. “My sophomore/junior summer I went to FCA camp there and you got to stay the night in the dorms and do all kinds of stuff there and it just kind of clicked with me. ‘I want to be here. I really want to be here.’”
Horton, who plans to major in pre-physical therapy, later transferring to the University of Kentucky for an advanced degree, didn’t sign with Campbellsville until May, but he pretty much had his mind made up during a winter visit to the school during the off-season.
“When I was down there coach called me out there to come pitch for him and said he really liked me,” Horton said. “I talked to a couple of the guys there, some of the catchers and other pitchers and they said I did a really good job. I just felt like I fit in there. I felt like it was a good fit for me.”
Horton joins a team that finished as runner-up in the NCCAA (National Christian College Athletic Association) World Series, falling 7-6 to Oklahoma Baptist in 10 innings. Beauford Sanders, in his 27th year at CU, leads the Tigers. The pitching/recruiting coach is Brett Neffendorf.
Horton, the son of Casey and Angela Horton of Crab Orchard, has yet to report to his new team and coaches, but he already knows one area he feels he’ll need to improve in to make the transition to college baseball go smoothly.
“I probably have to work more on my off-speed pitches,” he said. “Just perfect them more, like my changeup, I’ll have to pitch it a whole lot more because, in college, it’s more about speed change than the movement of the ball.”
Just how Horton will fit in when he joins the team he says relies heavily on his performance.
“Coach told me that if I work hard and do good in the fall ball –the younger kids they play in the fall – that when spring rolls around if I’ve been playing good in the fall they might have a chance to put me in the varsity, maybe throw me a couple games just to see how I work. They were really high on me when I went down there. They really liked me.”